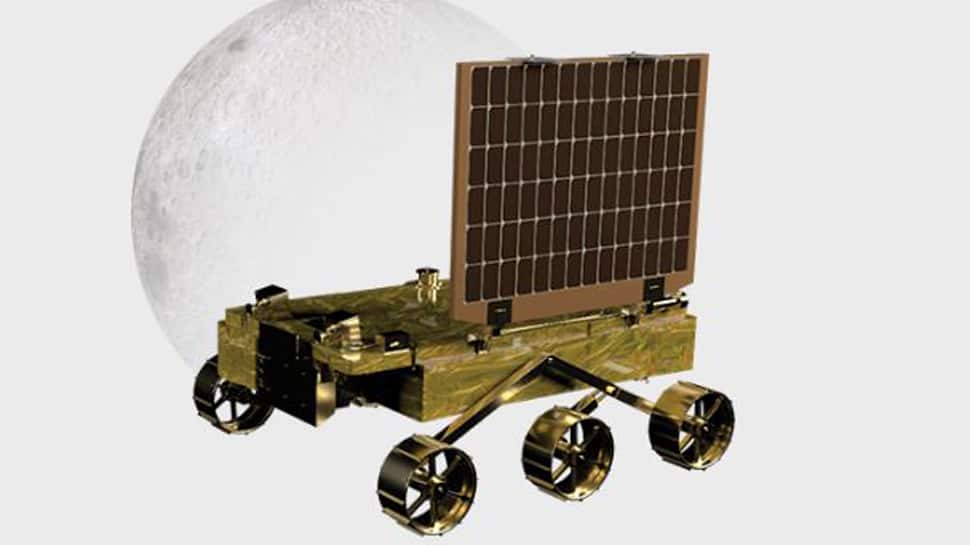 The objective of the mission, which is the most ambitious by ISRO so far, is to explore the unchartered Lunar south pole by landing a rover. The mission will be launched onboard GSLV-Mk0III-M1 from Sriharikota. The Rs 978 crore mission was launched from the second launch pad at Satish Dhawan Space Centre, over 100km from Chennai.

Chandrayaan 2 was earlier scheduled to launch on July 15 (Sunday) but the launch was aborted due to a technical snag which was spotted just 56 minutes before the planned launch. The 20-hour countdown for the launch began at 6.43pm on Sunday.

The rover of Chandrayaan 2 is a 6-wheeled robotic vehicle named Pragyan, which is a Sanskrit word meaning 'wisdom'. Pragyan is able to travel up to 500 m (0.5 km) at a speed of 1 centimetre per second and it is powered by solar energy. Pragyan rover is capable of communicating with Chandrayaan 2's Lander.

According to ISRO, Pragyan Rover can conduct the in-situ payload experiments. The total weight of Pragyan Rover is 27 kg and it has an electric power generation capacity of 50 W.

The main objective of APXS is to determine the elemental composition of the surface of moon near the landing site of rover. The APXS manages to do this through the utilization of X-ray fluorescence spectroscopy technique, where the X-ray or alpha particles are utilized to excite the surface. APXS makes use of radioactive Curium (244) metal which emits high-energy, alpha particles, X-rays which enables both X-ray emission spectroscopy as well as the X-ray fluorescence spectroscopy.

On the other hand, LIBS helps in identification and determination of the abundance of elements near the landing site on the lunar surface.