Sources say that Chief Minister Tirath Singh Rawat has written a letter to JP Nadda saying he wants to resign from the post of CM to avoid constitutional crisis in the state. Rawat needs to be elected as an MLA in the next two months to continue in the post, which he got after the BJP leadership removed Trivendra Singh Rawat from the helm. But the Election Commission may not hold a bypoll in the state, in case of which Rawat will have to be replaced with someone who is already an MLA 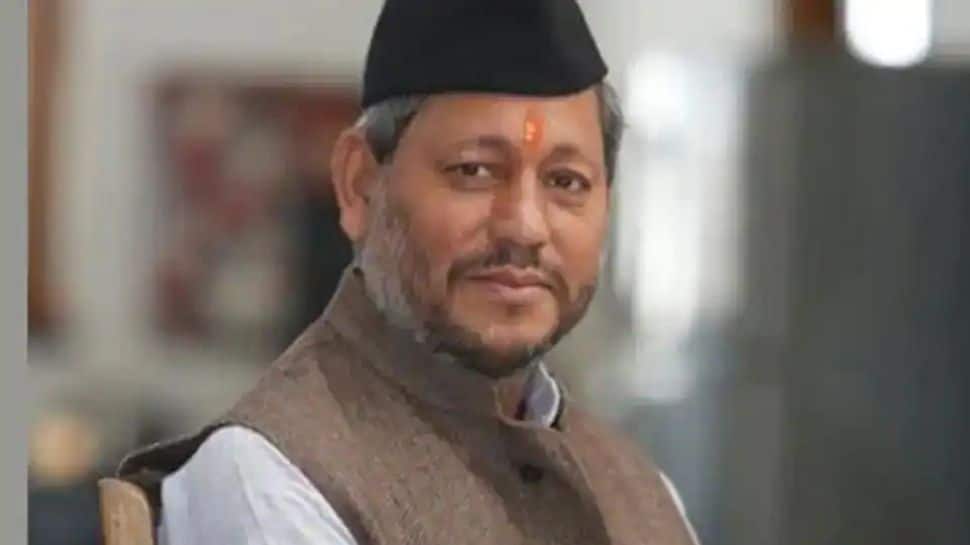 If sources are to be believed, Uttarakhand Chief Minister Tirath Singh Rawat has apparently written a letter to Bharatiya Janata Party (BJP) national president JP Nadda offering to resign from his post, citing a constitutional crisis in the state. "I want to resign from the post of Chief Minister so that there is no constitutional crisis in Uttarakhand," Tirath Singh said, sources say. The names of Dhan Singh Rawat and Pushkar Dhami have emerged as frontrunners in the race for new CM, sources in the party also informed.

Uttarakhand, for quite some time, has been abuzz with speculation over another leadership change barely four months after Tirath Singh Rawat took an oath. Given the possibility that the Election Commission may not hold a bypoll in the state can lead to constitutional crisis. Rawat needs to be elected as an MLA in the next two months to continue in the post, which he got after the BJP leadership removed Trivendra Singh Rawat from the helm. But observers say with the term of the assembly in any case coming to an end in less than a year, the EC may not order a bypoll for the vacant seats in Uttarakhand. Scathing criticism by the courts of the string of elections held during the coronavirus pandemic may also contribute to the EC decision on Uttarakhand bypolls, it is felt.

Speculation over a change of guard in the state was fuelled by Chief Minister Tirath Singh Rawat being summoned suddenly on Wednesday to Delhi, where he meet the BJP's top leaders including party president JP Nadda and Union Home Minister Amit Shah. He was supposed to return here on Thursday (July 1) itself but stayed back.

According to the Constitution, Rawat, an MP from Pauri Garhwal who was sworn in as CM on March 10, needs to become a member of the state assembly before September 10 to continue in office. Section 151A of the Representation of People Act, 1951 mandates the Election Commission to fill vacancies in Parliament and the state legislatures through bypolls within six months from the date of their occurrence, provided that the remainder of the term of a member in relation to a vacancy is one year or more.

The term of Uttarakhand Assembly is scheduled to come to an end in March, only about nine months away.
Going by some Uttarakhand BJP leaders' interpretation, however, the law neither prevents nor makes it mandatory for the EC to hold bye-elections in such circumstances. "It is within the scope and ambit of the Election Commission to take a call on whether or not to hold a bypoll in the state. Everything depends on the Election Commission of India," said Munna Singh Chauhan, BJP MLA from Vikasnagar and former spokesperson of the party's state unit.

Rawat has little to worry if a bypoll is held but doubts are being cast on its constitutional feasibility as the current assembly completes its tenure in less than a year. There are two vacant assembly seats in Uttarakhand - Gangotri and Haldwani. Gangotri fell vacant after the death of BJP MLA Gopal Singh Rawat and Haldwani after the death of Leader of Opposition Indira Hridayesh.

Even if there are no constitutional hurdles, the Election Commission may not find it easy to go for a bypoll in Uttarakhand, observers here said, recalling court observations against the EC for ?risking? people's lives through elections amid a pandemic. Political observers said the Centre may also not press for a bypoll in Uttarakhand as bye-elections are also due in other parts of the country and the hill state cannot be made an exception. If a bypoll is not held then the only option left for the BJP's central leadership is to replace Rawat with someone who is already an MLA, they said.