The national capital on Monday (December 30) observed the coldest day of the year with zero visibility recorded at several places. Nearly 530 flights and several Delhi bound trains were delayed due to the extreme weather. 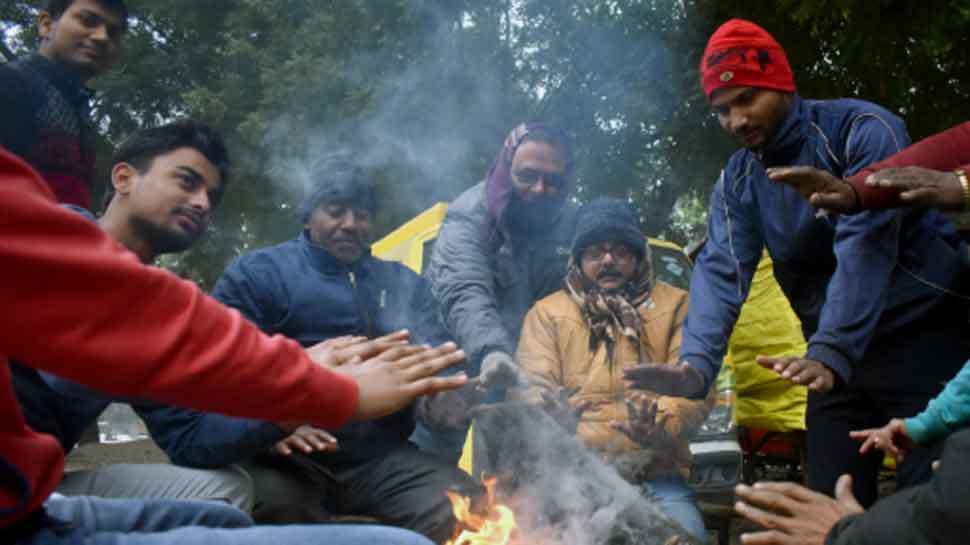 New Delhi: The spine chilling cold in Delhi loses a little of its sting on Tuesday as the minimum temperature went down to 5.8 degree celsius. The temperature recorded at 5.30 am in Safdarjung and Palam area was at 5.8 degree celsius. There was also improvement in visibility as the fog remained low to moderate at 1200 meter in Safdarjung and 800 meter in Palam.

The Air Quality Index (AQI) however remained poor with 431 in Anand Vihar and 372 in RK Puram,  according to Delhi Pollution Control Committee (DPCC) data.

The national capital on Monday (December 30) observed the coldest day of the year with zero visibility recorded at several places. Nearly 530 flights and several Delhi-bound trains were delayed due to the extreme weather.

On Tuesday, nearly 100 trains were delayed due to low visibility in the North India region among which 34 were Delhi-bound trains.

Not only Delhi but the cold day conditions have prevailed over northern and central parts of India leading to cold wave to severe cold wave conditions over Rajasthan, Delhi, Haryana and west Uttar Pradesh and North Madhya Pradesh since December 26, according to the India Meteorological Department (IMD).