A woman was severely injured after she fell from the ninth floor of a highrise in Crossings Republik Township in Ghaziabad, the police revealed. 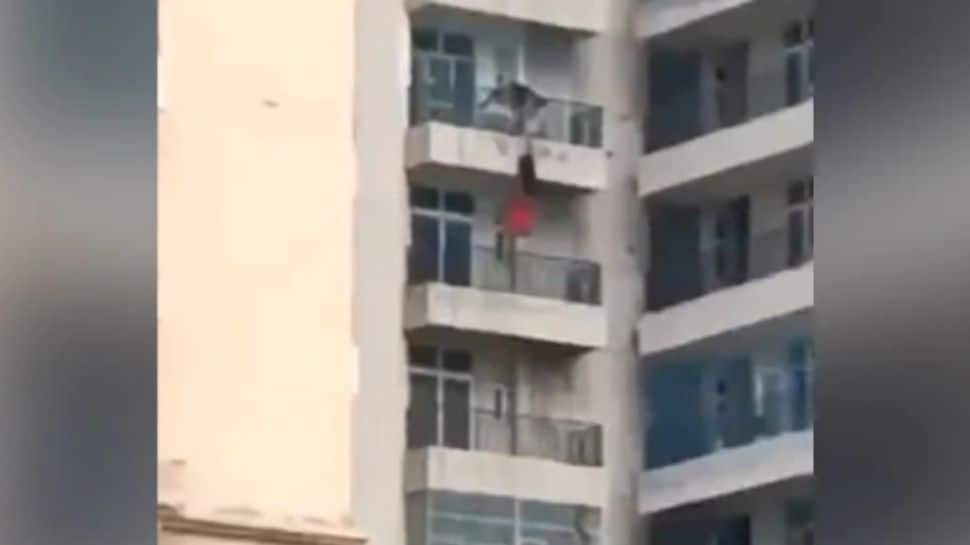 New Delhi: A 30-year-old woman was severely injured after she fell allegedly from the ninth floor of a highrise on Tuesday, said police. The incident took place in Crossings Republik Township in Uttar Pradesh’s Ghaziabad and the video of the same went viral.

In the video, the woman’s husband can be seen holding on to her while she’s hanging from the balcony, seconds later, the woman fell.

In an interview with a leading daily, Mahavir Singh, SHO of Vijay Nagar police station said, “The man and woman in the video are a married couple. We have come to know that the woman had slipped from the balcony and the man held her hand in an attempt to save her.”

“We have not received any complaint so far about the incident. The woman is admitted to a hospital in Noida and presently under treatment. Once we receive a complaint, we will investigate,” the SHO added.

According to the reports, it is being told that the woman has been admitted to a hospital in Noida and condition of the woman is said to be critical.