There has been worldwide outrage at the shocking and cowardly attack on a CRPF convoy which resulted in at least 44 personnel getting martyred. 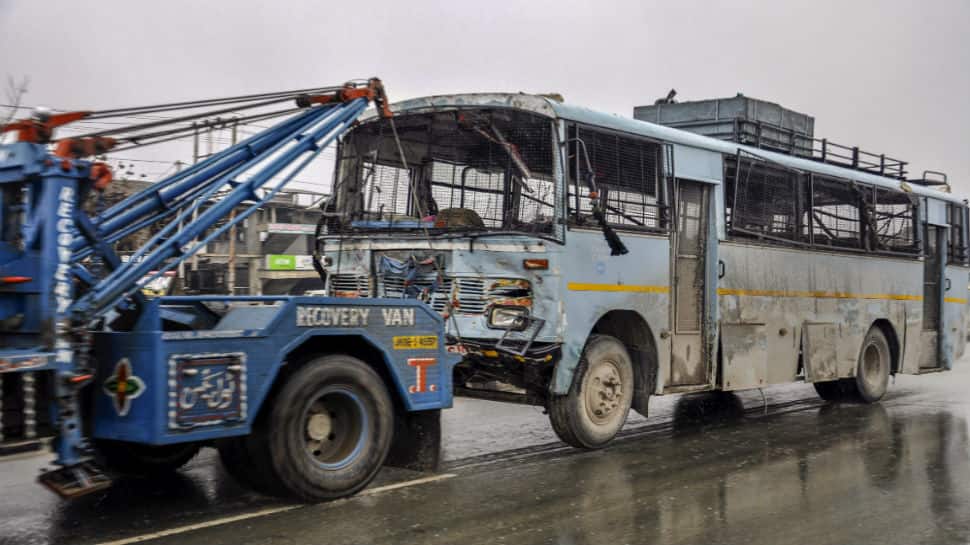 A dastardly terror attack resulted in at least 44 Central Reserve Police Force personnel being martyred on Thursday afternoon. The attack, which was claimed by Pakistan-based Jaish-e-Mohammed, was universally condemned the world over even as India united to grieve the fallen heroes.

South Asian neighbours Bangladesh, Nepal, Bhutan and Sri Lanka were quick to express solidarity with India at this time of grief and strongly condemned the suicide attack. "At this sad moment, we stand by the people and govt of India. We offer was condolences to the members of the families who lost their dear ones. Our thoughts and prayers are speedy recovery of those who got injured," said Bangladesh PM Sheikh Hasina.

Nepal PM KP Sharma spoke to PM Narendra Modi to express condolences, concern and condemnation. Lotay Tshering, PM of Bhutan, also expressed his grief. "Deeply saddened by the news  of the horrific terrorist attack in Kashmir. Bhutan strongly condemns terrorist attack of any nature. Our prayers are with the grieved family and we are following the situation closely," he tweeted.

Deeply saddened by the news of the horrific terrorist attack in Kashmir. Bhutan strongly condemns terrorist attack of any nature. Our prayers are with the grieved family and we are following the situation closely.

I condemn the terror attack in Jammu & Kashmir that attacked a convoy, killing 44 soldiers. I extend my heartfelt condolences to the families of the deceased. The world should continue to combat terrorism.

Ibrahim Mohamed Solih, President of Maldives, assured India of cooperating in the fight against the menace of terrorism.

I strongly condemn the deadly terrorist attack in Kashmir today killing at least 40 people. We send our thoughts and prayers to those affected. The Maldives will continue to work with India and the international community to combat terrorism in our region and the world at large.

A number of foreign dignitaries - including ambassadors to India - expressed their condolences on behalf of their respective countries. These included the US, Russian, German, Turkish and Czech embassy, the French, Isreali and Thai ambassadors, and the Australian and Canadian High Commissioners.

At the time of filing this report, there had been no word from Pakistan although a Reuters report said the country had denied any involvement in the attack. India's Ministry of External Affairs however rebuked Islamabad for its support to terrorist organisations like JeM and urged the world community to deem its leader Masood Azhar as a designated terrorist.