The meeting between the two army chiefs is also likely to rattle China which has been a considerable influence in Nepal politics and at loggerheads with India ever since the border standoff in eastern Ladakh. 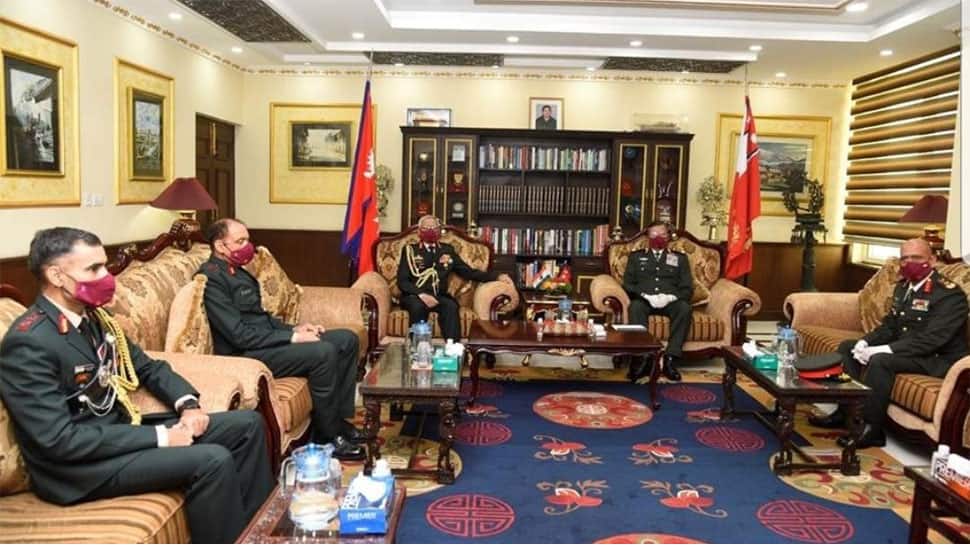 During their meeting, the two army chiefs discussed ways to enhance bilateral defence cooperation. The meeting between Army Chief General Manoj Mukund Naravane and his Nepali counterpart General Purna Chandra Thapa aims at repairing the ties which were strained due to a row over Nepal’s new political ma that showed parts of India as its own territory.

The meeting between the two army chiefs is also likely to rattle China which has been a considerable influence in Nepal politics and at loggerheads with India ever since the border standoff in eastern Ladakh.

In a solemn ceremony earlier in the day, General Naravane laid a wreath on the `Veer Smarak` at the Army Pavilion in Tundikhel, Kathmandu, following which he visited the Nepali Army Headquarters and was accorded with a ceremonial Guard of Honour. 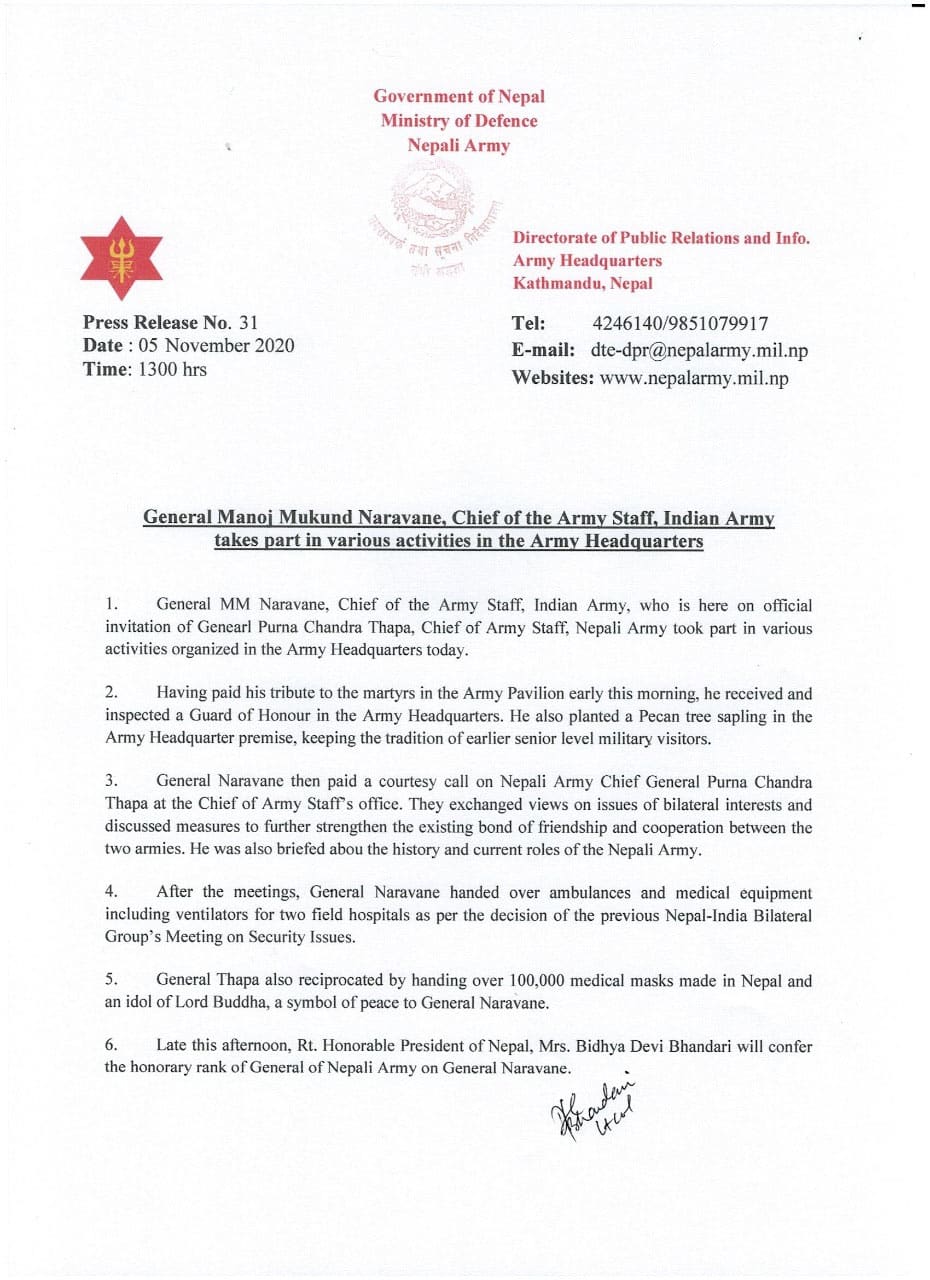 At the headquarters, he held the meeting with General Thapa, during which the Indian Army chief was also given a comprehensive briefing by senior officers of the Nepali Army. Gen Naravane also handed over various medical equipment to the Nepal Army, which included X-Ray machines, computed radiography systems, ICU ventilators, video endoscopy units, anesthesia machines, laboratory equipment and ambulances.

Additional ventilators were also gifted to assist the Nepali Army in its fight against the coronavirus pandemic. This follows an earlier army-to-army provision of ventilators in July this year.

On his turn, the Nepal Army Chief handed over 100,000 medical masks made in Nepal and an idol of Lord Buddha to the Indian Army Chief.

Later in the day, Naravane will receive the honorary rank of general of Nepal Army on Thursday, which will be conferred to him by President Bidhya Devi Bhandari during a function in the President`s Office, according to the Nepal Army.

Nepal and India have a historic tradition of conferring the honorary title to each other`s army chief since 1950. He will be the 18th Indian Army Chief to be conferred with the title. General Naravane is also scheduled to hold talks with the President later.

The Indian Army chief landed in Kathmandu on Wednesday for a three-day official visit to Nepal, on the invitation of General Thapa. He was received at the airport by Lieutenant General Prabhu Ram Sharma, CGS Nepali Army and officials of the Indian Embassy.

The ties between the two countries came under strain recently after China increased its influence on Nepal. It was India`s road construction to the Lipulekh area at 17,000 feet that sparked a diplomatic row between India and Nepal as Kathmandu claimed the area to be its territory.

The road was constructed to shorten the travel time for pilgrims visiting the Kailash Mansarovar. Lipulekh is a tri-junction between India, Nepal and China situated atop the Kalapani Valley in Uttarakhand.

After this, Nepal brought out a new political map showing the contested area as its own. India has rejected this new map of Nepal saying it is not based on historical facts or evidence.