Through the protest, India will show the world that the country is united even in adverse circumstances. The citizens of the country will also convey their support to the government and urge it to take strict action against terrorists. 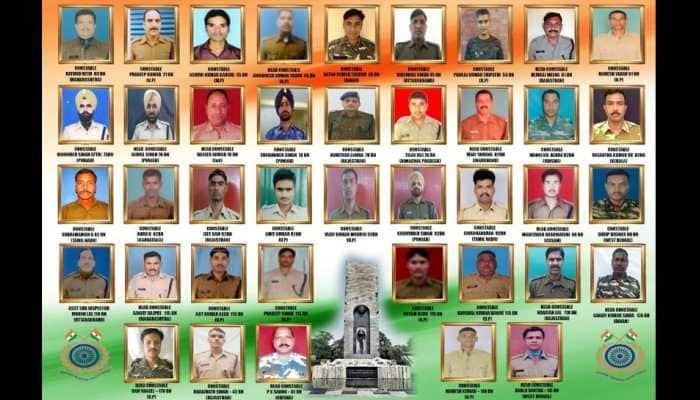 The photos of the CRPF soldiers killed in the suicide bombing by a Jaish-e-Mohammed terrorist in Pulwama.
Share:
Written By:

There is wide-spread rage across India and the country is demanding strict action against the terrorists and their supporters who orchestrated the dastardly attack in Pulwama which led to the martyrdom of at least 40 Central Reserve Police (CRPF) personnel. Ever since the attack took place, there have been calls from across the country seeking revenge for the dastardly attack.

Expressing solidarity with the families of the martyrs, people from across the country will on February 19 observe a two-minute silence at 3 pm. Zee Media Corporation Limited appeals to all the citizens to observe silence to pay homage to the fallen bravehearts.

Through the protest, India will show the world that the country is united even in adverse circumstances. The citizens of the country will also convey their support to the government and urge it to take strict action against terrorists.

At least 40 security personnel had on Thursday (14 February) lost their lives after a Pakistan backed terror outfit Jaish-e-Mohammad operative rammed his explosive-laden vehicle into the CRPF convoy. The 78-bus convoy which came under the attack was carrying 2547 CRPF personnel.

Within a few hours of the suicide bombing, Major Chitresh Singh Bisht lost his life on Friday while trying to diffuse an IED planted by terrorists near the LoC in Naushera district.

On Monday, an encounter broke between the security forces and terrorists in which at least two terrorists including top Jaish-e-Mohammed operatives Kamraan and Ghazi, who are said to be the masterminds of the Pulwama suicide bombing, are believed to have been killed.

India too has sustained casualties with four soldiers, including a Major, having been killed in the encounter in Pulwama on Monday.

With the ongoing encounter, at least 45 security personnel have lost their lives in just the past four in Kashmir.

Prime Minister Narendra Modi has assured that not a drop of tear would go in vain and that Indian security forces have been given full freedom to retaliate. India has also revoked the Most Favoured Nation (MFN) status given to Pakistan which could further hit its already crumbling economy.