This year`s Amarnath Yatra that started on July 17 will conclude on August 15 coinciding with the Shravan Purnima festival. 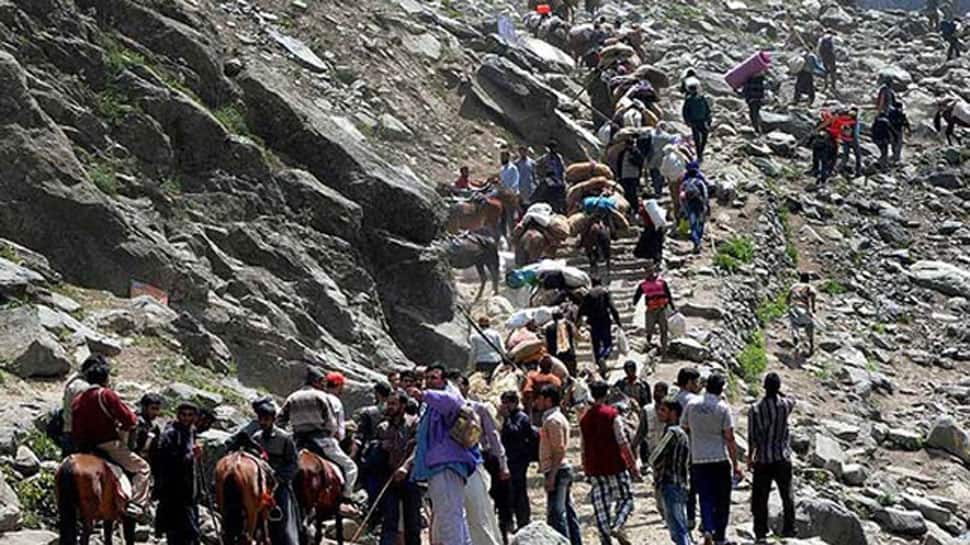 Jammu: Record number of devotees this year have completed their Amarnath pilgrimage. In just a little over three weeks the numbers have crossed 2.90 lakh.

On day 24 of the month-long yatra on Wednesday, another batch of 2,723 pilgrims headed to the Himalayan cave. Police said of these, 1,247 were taking the Baltal route while 1,476 the Pahalgam.

"Over 2.90 lakh pilgrims had darshan inside the cave shrine during the last 23 days," an official said.

Situated 3,888 metres above the sea-level in Kashmir Himalayas, Amarnath houses an ice stalagmite structure that symbolises mythical powers of Lord Shiva according to the devotees.

The ice structure waxes and wanes with the phases of the moon.

So far, 24 pilgrims have died during the yatra. Of these, 2 died in accidents while 22 died of natural causes.

This year`s Amarnath Yatra that started on July 17 will conclude on August 15 coinciding with the Shravan Purnima festival.