The suicide attack was carried out at KP Road in Anantnag on Wednesday when two motorcycle-borne terrorists opened fire at a CRPF patrol party. 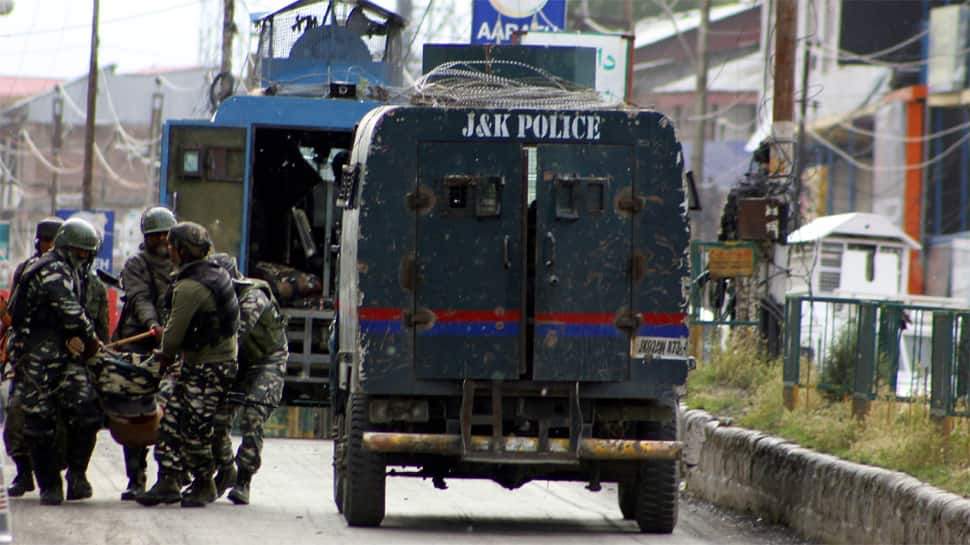 ANANTNAG: Five Central Reserve Police Force (CRPF) personnel who were killed when their patrol party was attacked by terrorists in Anantnag in Jammu and Kashmir on Wednesday will be laid to rest on Thursday. Those who lost their lives in the attack are ASI Ramesh Kumar, ASI Nirod Sarma, CT Satendra Kumar, CT Mahesh Kr Kushwaha and CT Sandeep Yadav.

The mortal remains of ASI Nirod Sharma, who was a resident of Nalbari in Assam, will be moved by AI 826 from SNR Srinagar to Delhi 12:25 pm. It will be further taken by AI 891 from Delhi at 4:15 pm and is likely to reach Guwahati at 4:15 pm from where it will be moved by road to his hometown.

The body of ASI Ramesh Kumar, who hailed from Jhajjar in Haryana, will be moved by AI 826 from Srinagar at 12:25 and is expected to reach Delhi at 2 pm. It will further be moved by road to his hometown.

The mortal remains of Ct Sandeep Yadav. who belonged to Dewas in Madhya Pradesh, will be brought to Delhi and then moved by AI 437 to Bhopal at 8:30 pm.

The suicide attack was carried out at KP Road in Anantnag at 4:50 pm on Wednesday when two motorcycle-borne terrorists opened fire at a CRPF patrol party. "In this terror incident, 5 CRPF personnel attained martyrdom while repulsing the said terror attack. Further, in this incident, three security force personnel including SHO Anantnag Inspector Arshid Khan sustained gunshot injuries. In the retaliatory action, the terrorist was gunned down on the spot. From the materials recovered, it is found that the dead terrorist was a foreigner," read a statement from the Jammu and Kashmir Police. In the ensuring gunfight, one terrorist was killed while another is believed to have escaped, officials said.

Though Al-Umar Mujahideen, a defunct terror group, has claimed responsibility for the strike, officials, however, said that it was a handiwork of Jaish-e-Mohammed. Jammu and Kashmir Police had shared an intelligence input about a possible terror strike on security forces around the general bus stand which is located on KP road.

The attack comes less than three weeks before the commencement of the annual Amaranth yatra to the cave shrine in south Kashmir Himalayas. Pilgrims travelling to the cave shrine have to pass through the stretch of the road where Wednesday's attack took place. The yatra is scheduled to begin on July 1 and culminate on August 15.

A major terror attack had taken place on Amarnath pilgrims in July 2017 when eight of them were killed by Lashkar-e-Toiba (LeT) terrorists who opened indiscriminate firing on their bus at Khanabal.