'Heaven' was started by a local businessman in 1989 but was forced to shut down in 1991 due to terrorism in the region. 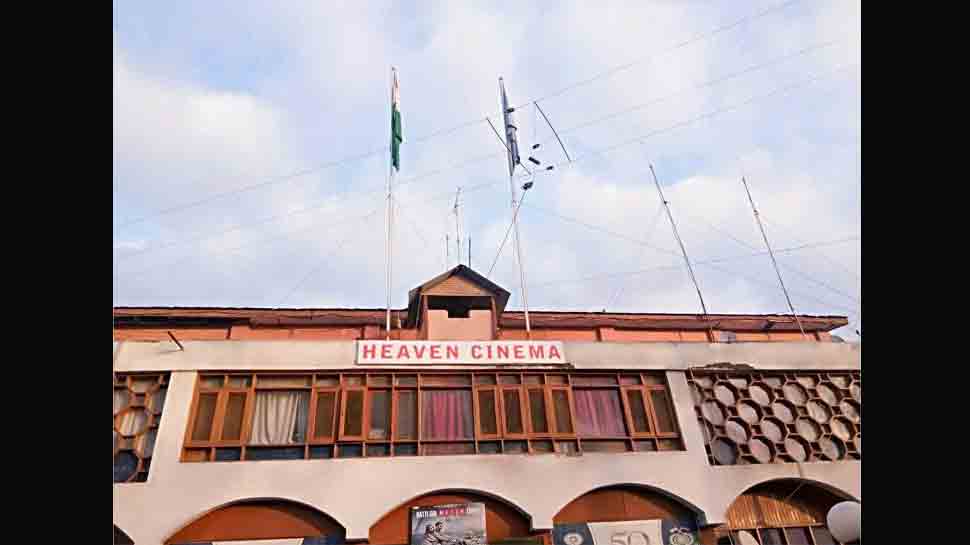 New Delhi: In a bid to revive cinema halls in Kashmir, the CRPF restored a defunct cinema hall 'Heaven' in Anantnag in Jammu and Kashmir. The cinema hall was opened after 28 long years. A CRPF battalion of 40 soldiers watched Shahid Kapoor-Shraddha Kapoor starrer 'Batti Gul Meter Chalu' on March 6. This is the first film which has been screened in the theatre after 1991. The cinema hall had last screened Amitabh Bachchan-starrer 'Kalia' in 1991 before it shut down.

'Heaven' was started by a local businessman in 1989 but was forced to shut down in 1991 due to terrorism in the region. The theatre had reduced to rubbles after a grenade attack by terrorists in 1991.

Now, revived again by the CRPF, 'Heaven' cinema hall has a seating capacity of at least 525 people. To restart the cinema hall, the CRPF had arranged the 70 mm silver screen and a surrounding sound system from Delhi. At present, there are more than 250 terrorists active in the state. In such a situation, starting a cinema hall in Anantnag was a big challenge for the CRPF. However, after the Pulwama terror attack, the security personnel decided to reopen the theatre.

And the decision brought a smile on the faces of youth.

For now, the ticket has been kept free for citizens. In 1989, extremist group Allah Tigers had threatened all the cinema hall owners to shut down theatres in the valley, calling film anti-Islamic. In 1980, at least 15 cinema halls were running in the Valley.

It is believed that people of Kashmir have always been very passionate about Hindi films. In fact, at Khayam cinema hall, silver jubilee of Amitabh Bachchan-Dharmendra cult film 'Sholay' was also celebrated. However, in 1989, all the cinema halls in the Valley had to be shut down due to terrorism.

In 1999, three cinema halls - Regal, Neelam and Broadway were restarted. However, in the same year, during the inaugural show of a film at Regal cinema hall, terrorists had launched a grenade attack which claimed the life of one person while 12 others had suffered injuries.

In September 2005, Neelam cinema hall was opened again. However, suicide bombers had attacked the cinema hall after which it was shut down.