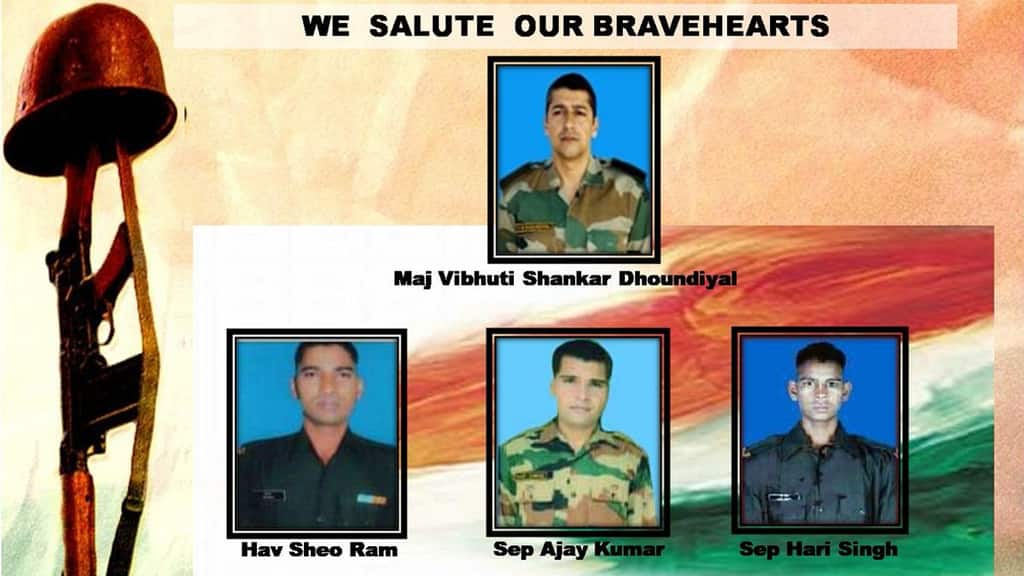 #ArmyCdrNC and all ranks salute the supreme sacrifice of our brave officer and soldiers & offer deepest condolences to the families. @adgpi @PIB_India @SpokespersonMoD pic.twitter.com/qo8TzBJF89

"ArmyCdrNC and all ranks salute the supreme sacrifice of our brave officer and soldiers and offer deepest condolences to the families,"  The Indian Army's Northern Command tweeted. The encounter took place in Pinglan area in Jammu and Kashmir's Pulwama district.

Top Jaish-e-Mohammed operative Abdul Rashid Ghazi alias Kamran, who is said to be the mastermind of the Pulwama suicide bombing, is also believed to have been killed in the encounter. At least two terrorists had been trapped by security forces in a house. As per sources, security forces have blasted the house in which the terrorists were holed up.

Security forces believe that all terrorists who were trapped in the house have been killed. However, their bodies are yet to be recovered.

Security forces had launched a cordon and search operation in Pinglan area on the intervening night of Sunday and Monday after receiving inputs about the presence of terrorists in the area. As the forces were conducting searches, the terrorists fired upon them, triggering off a gun battle.