A Sikh CRPF personnel, driver Iqbal Singh of 49 Batallion, can be seen feeding a small boy sitting on the stairs in front of a shut shop. 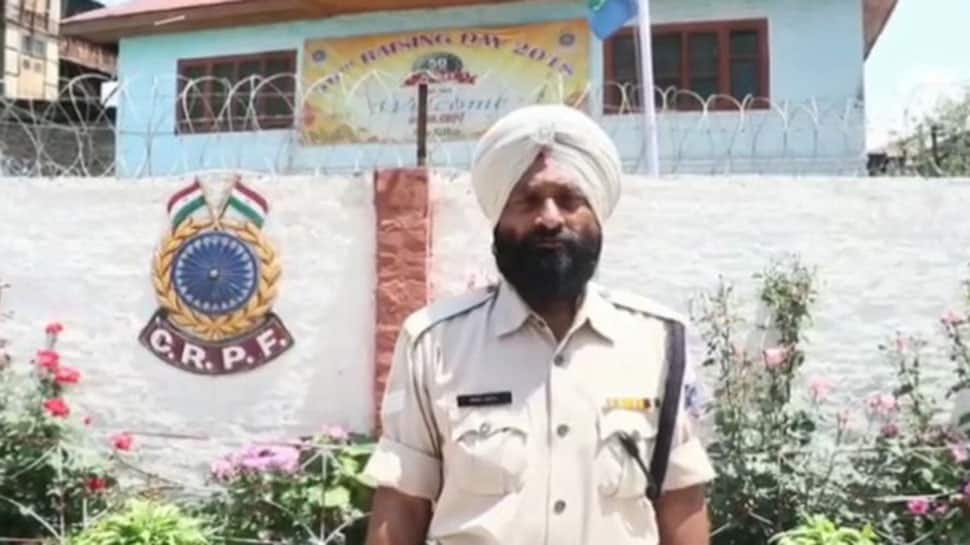 Incidentally, Iqbal Singh was driving a vehicle in the CRPF convoy on which a terror attack took place in Pulwama on February 14 in which 40 CRPF personnel were martyred. Iqbal Singh played a crucial role in saving the lives of many CRPF personnel injured in the attack.

Singh was on duty at Nawakadal, Downtown, Srinagar. Speaking on the incident, Singh said that while he was having his lunch, he saw a kid who was hungry. He gave his food to the kid only to realise later that the kid seemed to have "paralysis" and was unable to eat by himself. So Singh fed the kid with his hands. During that process, the video was shot.

In the video, the personnel feeds the child, wearing a black shirt and pant, from a lunch box. He also goes on to wipe the face of the boy with his hand, and later makes him drink water from a glass.

For this humane and selfless act, the CRPF DG is pleased to award Singh with DG's Disc and Commendation certificate. The video, titled 'We care', was posted by the state police on their Twitter account on Monday at 10.26 pm.

Reacting to the video, former J&K chief minister and Peoples Democratic Party (PDP) chief, Mehbooba Mufti applauded the step, saluting the cop's "sense of compassion and humanity". She asserted that the armed forces operating in the state are often tarred with the same brush, adding that the generalisation can sometimes be grossly unfair.

Taking to Twitter she posted, "Armed forces operating in Kashmir are often tarred with the same brush. But that generalisation can sometimes be grossly unfair. Salute this man’s sense of compassion & humanity."

The video has gone viral on micro-blogging site, Twitter and the twitterati also praised the cop.