The counting of votes for 81 assembly seats in Jharkhand, which went to polls in five phases from November 30 to December 20, will take place on Monday (December 23). The counting of the votes will begin at 8:00 am at 24 districts headquarters. The first result is expected by around 1 pm. 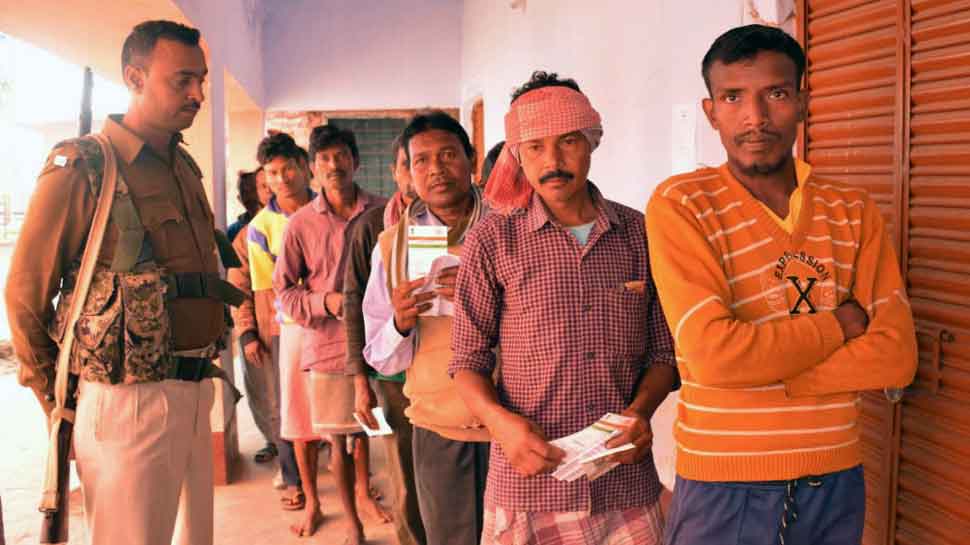 New Delhi/Ranchi: The counting of votes for 81 assembly seats in Jharkhand, which went to polls in five phases from November 30 to December 20, will take place on Monday (December 23). The counting of the votes will begin at 8:00 am at 24 districts headquarters. The first result is expected by around 1 pm.

The Election Commission has developed an integrated counting application for displaying the results of the Jharkhand assembly election 2019. The results will be displayed on its website: http://results.eci.gov.in and Voter Helpline (Android & iOS) Mobile App. According to the poll panel, its website will start displaying the results of the Jharkhand Legislative Assembly with effect from 8 AM onwards on December 23, 2019.

The BJP is hoping to retain power in the state following facing setbacks and winning fewer seats than expected, in both Maharashtra and Haryana assembly elections, in comparison to 2014 elections. In addition, several allies of NDA, this time chose to contest the 2019 assembly election on their own. Ram Vilas Paswan's Lok Janshakti Party (LJP) and the Nitish Kumar-led Janata Dal (United) also contested the polls solo.

The Opposition grand alliance, led by Hemant Soren's Jharkhand Mukti Morcha, which also included Congress and RJD, on the other hand, is also hoping to oust BJP from the state. It is to be noted that the two of the three Exit Polls have also favoured the JMM-led alliance over BJP in the state.

According to CVoter-ABP-IANS exit polls, the trends indicate JVM and AJSU can together secure 15 per cent vote share, though a shade better than results in 2014 poll results, but likely to influence post-poll alliance. The trends indicate these parties together could get leads on at least eight seats.

The exit poll trends indicate the Jharkhand Mukti Morcha`s alliance with the Congress and the Rashtriya Janta Dal could fetch 35 seats, falling slightly short of a majority in 81-member Assembly. In these circumstances, either JVM or AJSU could potentially play a crucial role in forming the government.

The trends also indicate that BJP with 32 seats, is not far away from the majority mark, and it will not let its strings go loose on either JVM or AJSU.

In 2014, the BJP and AJSU alliance fetched 42 seats, but Sudesh Mahto who led AJSU in the polls decided to jump into the Jharkhand battleground alone, without his old ally.

Mahto lost the Ranchi Lok Sabha elections in 2014 after he was trounced in a bypoll in 2018 by a JMM greenhorn from Silli. In the backdrop of these political developments, Babulal Marandi-led JVM acquires a distinct position.