The BJP is seeking a second straight term and is contesting the Assembly elections alone with Chief Minister Raghubar Das as the party`s face. The ruling BJP is campaigning aggressively with Prime Minister Narendra Modi its main campaigner, while Shah and several other senior BJP leaders have also addressed rallies in the state. 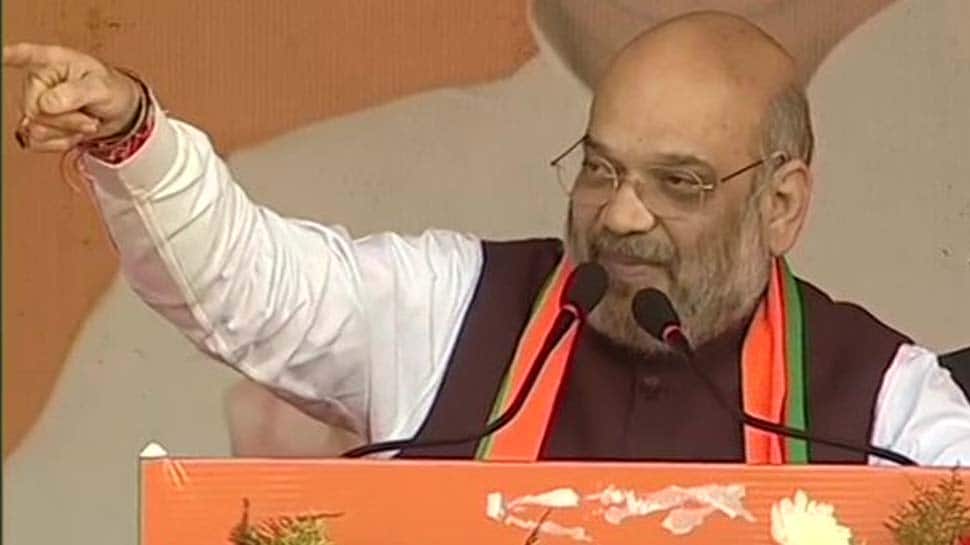 The campaigning for the second phase of Jharkhand Assembly elections continued on Monday with rallies by Union Home Minister Amit Shah and Former Congress president Rahul Gandhi. While Shah is scheduled to address two rallies in the West Singhbhum district, Gandhi is set to kickstart his campaign in Simdega district.

The BJP is seeking a second straight term and is contesting the Assembly elections alone with Chief Minister Raghubar Das as the party`s face. The ruling BJP is campaigning aggressively with Prime Minister Narendra Modi its main campaigner, while Shah and several other senior BJP leaders have also addressed rallies in the state.

Contesting the Assembly polls in alliance with the Jharkhand Mukti Morcha (JMM) and the Rashtriya Janata Dal (RJD), the Congress is fighting 31 out of 81 seats in the state. The JMM is contesting 43 and the RJD the other seven. JMM leader and former Chief Minister Hemant Soren is the alliance`s Chief Ministerial face.

Kapil Sibal said in Supreme Court that there is no need to hurry in Ram Janmabhumi case....We requested that the case should be moved faster. What was the result? SC has given judgement & now a grand sky-high temple of Ram Lalla will be built in Ayodhya: Amit Shah

Due to thirst for power, Hemant Soren is trying to become Chief Minister while sitting on the lap of Congress. Their objective is to get power but BJP's objective is to push forward the state on the path of development: Amit Shah

BJP Jharkhand tweeted the timings of the rallies of Amit Shah.

* According to the programme released by the Bharatiya Janata Party (BJP), the first rally of Union Home Minister Amit Shah will be in Chakradharpur and the second in Baharagora of West Singhbhum district.

* Rahul's rally, coming two days after the first of the five-phase polling, is scheduled at 1.30 pm at Bazartand Ground, College Road in Simdega. A party leader said that Rahul Gandhi will address one rally in each of the four remaining phases - on December 7, 12, 16 and 20.

BJP working president JP Nadda and Defence Minister Rajnath Singh campaigned on Sunday for party candidates in Jharkhand, where the  five-phase Assembly polls got underway on Saturday. While there were only three medical colleges for the last 70 years, five more medical colleges were set up in the last five years of the BJP rule in the state, Nadda said at a rally at Chaibasa in the West Singhbhum district. Taking on the Congress-JMM alliance, he said it had nothing to do with the development of the state and people. Such unholy alliance should be given a befitting reply, Nadda added. Addressing a rally at the Seraikela Assembly seat, Rajnath Singh prised the work done by the Narendra Modi government. "The BJP government has constructed toilets and houses besides providing electricity and gas connections. It aims to provide house to all by 2022," the BJP leader said.

The Congress has released the list of 40 star campaigners which also include interim party chief Sonia Gandhi and former prime minister Manmohan Singh, as it does not want to repeat the mistake it made in the Maharashtra and Haryana Assembly polls, where its lacklustre approach cost the party dear.

In the 2014 assembly elections, the JMM, Congress and the Jharkhand Vikas Morcha had formed an alliance. However, the JVM has moved away this time. The Congress-JMM have aligned with the RJD this time. In the 2014 Assembly elections, the BJP had won 37 seats, its then alliance partner, All Jharkhand Students Union (AJSU) five, while the JMM got 19, the Congress took six, and the JVM had eight. The six remaining seats were won by other parties. The BJP and the AJSU are contesting separately this time.