The National Register of Citizens (NRC) will be implemented across the country to weed out illegal immigrants, Home Minister Amit Shah said Wednesday while addressing a rally in Jharkhand. 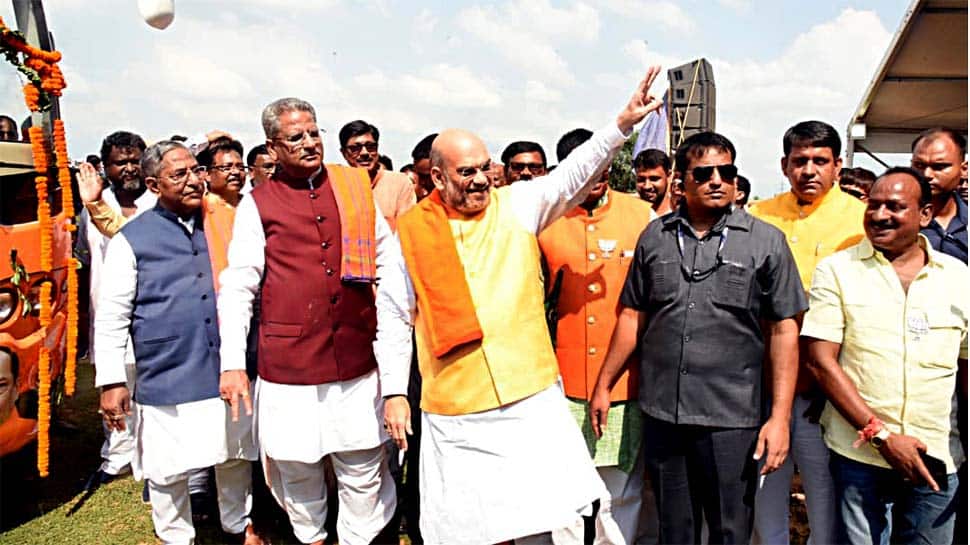 The National Register of Citizens (NRC) will be implemented across the country to weed out illegal immigrants, Home Minister Amit Shah said Wednesday while addressing a rally in Jharkhand.

Asserting that the NRC will be introduced throughout India, Shah said, “You go try to settle in England, Netherlands, Russia, no one would allow you. Then how come anyone comes and settles down in India. Countries do not function like this. This is the need of the hour that people of the country get a national register.”

Shah flagged off the 'Johar Jan Ashrivaad' yatra in the state ahead of the Assembly elections scheduled to be held in October-November this year. The yatra will cover all 81 Vidhan Sabha seats in the state, he said.

“Atal ji carved out Jharkhand and Modi ji helped it prosper. We have transformed the state in the last 5 years," Shah said, adding, "Congress gave Jharkhand Rs 55,200 crores in 10 years, Modi Government gave Rs 1,45,345 crores in half the period."

Chief Minister Raghubar Das-led BJP is currently in power in the state. He's expected to will join the yatra on Thursday.

Shah will address a citizens convention in Kolkata on October 1 during his first trip to West Bengal after joining the union cabinet, a senior party leader said.