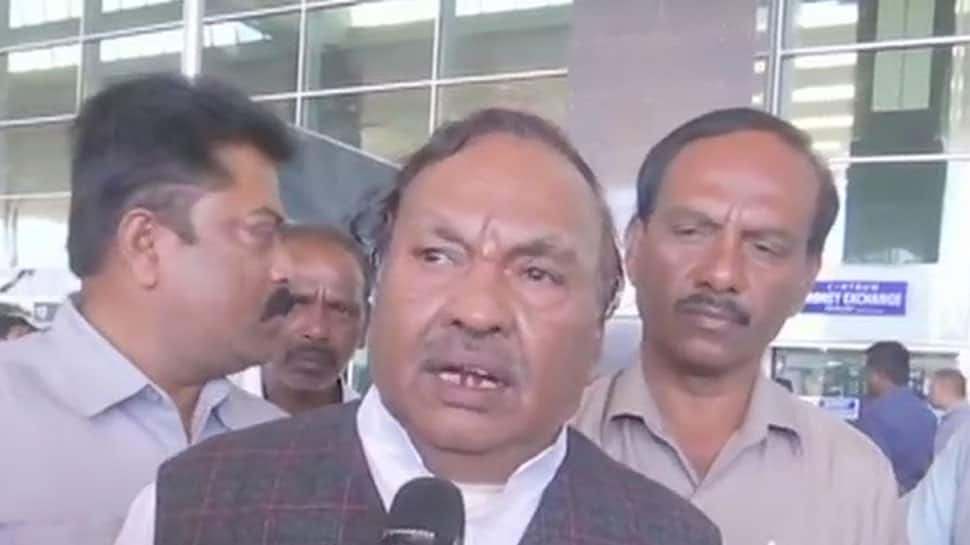 “Siddaramaiah lost the CM post. Since then, he has become like a 'pagal' that is why he is targeting (Karnataka BJP president) BS Yeddyurappa,” he said on Saturday.

Amid the exchange of horse trading charges, Eshwarappa added, “All BJP MLAs are united, they will return today.”

He further added, “Congress has no plans for development of Karnataka, gradually 20-25 MLAs will leave Congress.”

Earlier, Yeddyurappa said some Congress MLAs skipped the Congress Legislature Party (CLP) meeting and that the deep differences between the ruling coalition partners are an indication that a volcano may erupt in the coming days.

His remarks came after four dissident Congress MLAs on Friday skipped the CLP meeting that was called as a show of strength against an alleged bid by the BJP to dislodge the H D Kumaraswamy-led Congress-Janata Dal (Secular) government.

"The absence of Congress MLAs from the CLP meeting and deep differences between the coalition partners are an indication that this is likely to erupt as a volcano in the next coming days," Yeddyurappa said late Friday evening.

The Karnataka BJP chief on Saturday called back all BJP MLAs camping in Gurugram.The BJP MLAs from Karnataka said they were in Gurugram since Monday evening to devise strategies for the coming Lok Sabha polls, and not to avoid being "poached" by the ruling Congress-JDS alliance.