BJP govt will complete term and return to power with absolute majority in Karnataka: Amit Shah

Union Home Minister Amit Shah said the government would not only complete its five-year term but return to power with an absolute majority. 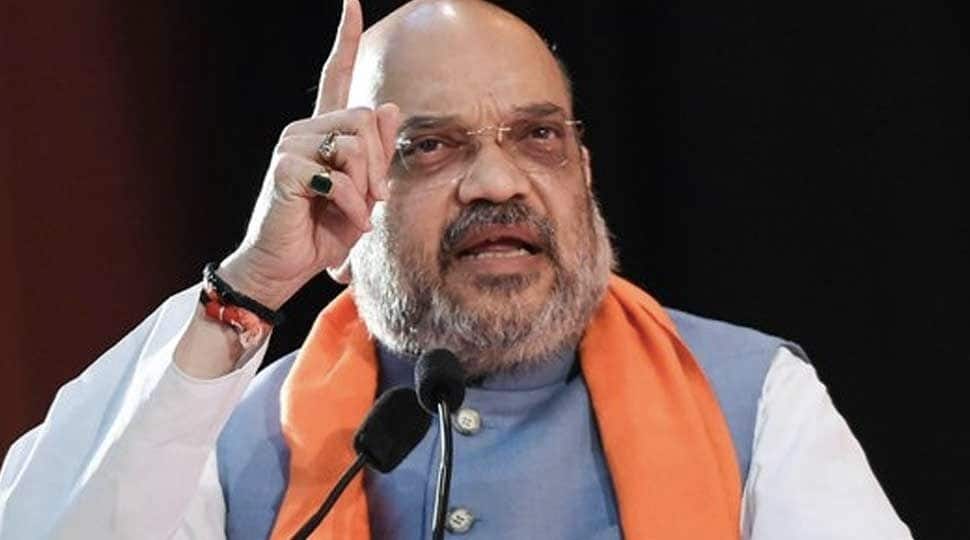 Bengaluru: Dismissing statements of some Congress leaders about the ruling BJP in Karnataka post-cabinet expansion, Union Home Minister Amit Shah on Saturday (January 16) said the government would not only complete its five-year term but return to power with an absolute majority.

He said a lot of development work has been taking place in the state under the leadership of Yediyurappa and advised opposition leaders to work for the well-being of people instead of finding fault with the BJP.

"I have been reading the statements of Congress leaders that this will happen and that will happen in Karnataka, but I want to tell everyone that the BJP government will not only complete the five-year term but also return to power for five years with an absolute majority," Amit Shah said.

The opposition Congress in Karnataka had on January 14 taken a dig at Chief Minister B S Yediyurappa over dynasty politics allegations made against him by some BJP legislators after the cabinet expansion.
He was speaking at the inauguration of police quarters in Bengaluru, besides virtual inauguration of the Indian Reserve Battalion at Vijayapura and the Emergency Response Support System (ERSS) here.

Chief Minister B S Yediyurappa and state Home Minister Basavaraj Bommai were among the dignitaries present. Amit Shah said the Centre and state are committed to the development for Karnataka.
The opposition Congress has been mocking the Chief Minister over dynasty politics allegations levelled against him by some BJP legislators after the recent cabinet expansion.

Some among the saffron party had come out in the open soon after the CM carried out the exercise.
Referring to the nationwide COVID-19 vaccination drive launched on Saturday (January 16), Amit Shah said the results would be visible in one or two months.

He also lauded the scientists who brought out the Covishield and Covaxin vaccines and said frontline workers deserved to get the first shots as they are at the forefront of the war against the virus. Shah also launched 92 Emergency Response Support System vehicles and congratulated Karnataka Home Minister Basavaraj Bommai for setting a target of attending to a complaint or information within 15 minutes.

Bommai said the Karnataka government has waged a war on narcotics by seizing a maximum quantity of drugs in the last 10 days, which was never been done in the last 10 years.
He requested Shah to make available speed boats "to check anti-national activities taking place in the Arabian Sea."
He said the state police were working in tandem with the National Investigation Agency, which busted many terror modules, including Jamat-Ul-Mujahideen Bangladesh.

CBI books Bengaluru based company for causing loss of Rs 200.38 crore to banks