Lashing out at the party, Narendra Modi said that the Congress is not ready to accept surgical strike and Balakot air strike as a victory. 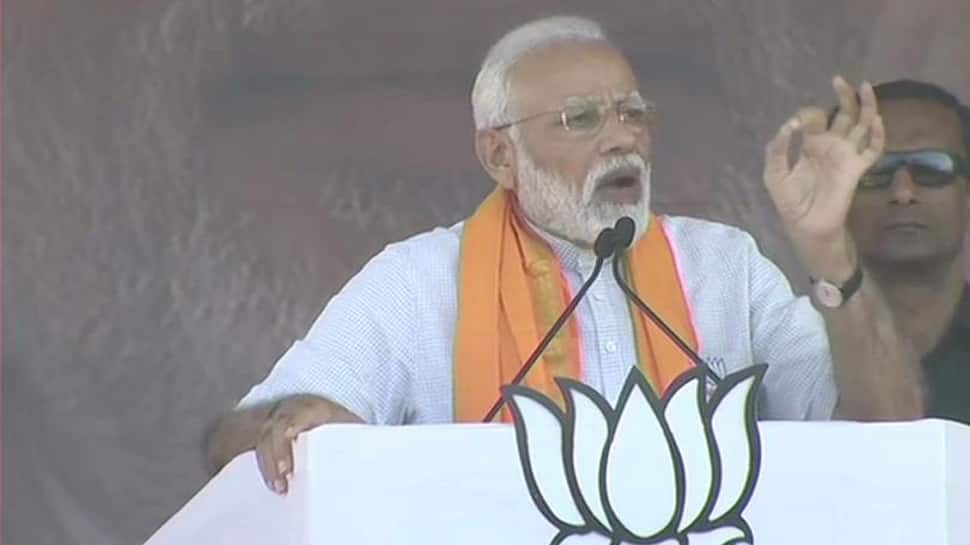 Prime Minister Narendra Modi on Thursday hit out at the Congress for questioning the airstrikes by the Indian Air Force in Balakot. Lashing out at the party, he said that the Congress is not ready to accept surgical strike and Balakot air strike as a victory. "Congress and its allies think about self and not national interest," Modi alleged while addressing an election rally in Bagalkot in Karnataka.

He also alleged that after the Mumbai attacks, Congress-led government at the centre did not take any effective action and instead "went crying around". He, however, claimed that "now, wherever Pakistan goes, you hear its cries that Modi is hitting them." He added that Congress is facing an existential crisis and is trying to divide the society.

He also drubbed Karnataka Chief Minister HD Kumaraswamy's frequent emotional outbursts as "natak" (drama). "The drama unfolding here in the state for the past one year is refusing to end. This drama has everything including emotions and revenge. The situation is such that we get to see the overflow of emotions regularly in rallies and press conferences," he said.

Earlier in the day at a BJP poll rally at Amreli in Gujarat also, he had said that his government managed to contain terrorism to only "two and a half" districts in Jammu and Kashmir and that no bomb blast took place elsewhere in the country in last five years. Modi added that what he learnt in Gujarat helped him during the long Doklam standoff with China in 2017.

"In the last five years no bomb blast took place in any other part of the country. We managed to contain terrorism to just two and a half districts in Jammu and Kashmir," he said.

On Pakistan Prime Minister Imran Khan's statement of trying to approach India after the Balakot air strike, Modi said the leader "had to make a public plea to us to pick up the phone".