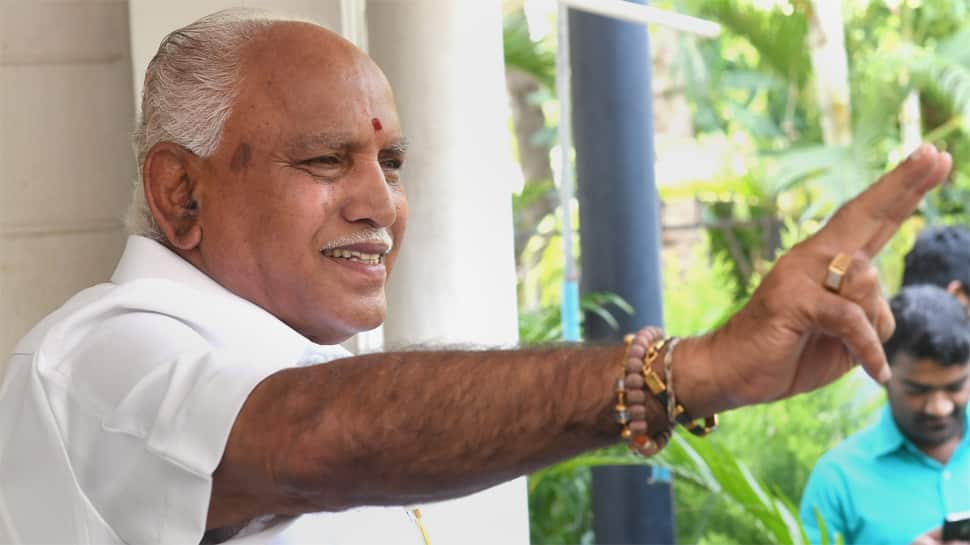 The Bharatiya Janata Party (BJP) in Karnataka will elect its state President BS Yeddyurappa as its legislative party leader and stake claim to form government in the state following the exit of the 14-month-old JD-S-Congress coalition government on Tuesday, a party official said on Wednesday.

"All our 105 legislators are meeting later in the day at the party office here to unanimously elect Yeddyurappa as the BJP's legislature party leader and meet state Governor Vajubhai Vala to stake claim to form the new government," said party spokesman G Madhusudan.

"If required, Yeddyurappa will go to Delhi for appraising the party's leadership, including national President Amit Shah and its working President JP Nadda on the political situation in the state and the party's prospects in forming a stable government at the earliest," said Madhusudan said.

With 15 rebel legislators of the Congress-JD-Secular resigning from their Assembly segments across the state, the effective strength of the 225-member House has reduced to 210, with 106 as the new halfway mark for simple majority.

"With 107 members, including the support of two Independents, our party will be in a position to win the floor test to prove majority in the House," added Madhusudan.

The BJP is also expecting the lone Bahujan Samaj Party (BSP) member N Mahesh to extend his support to its proposed government, as he has been 'expelled' from his party by its supremo Mayawati on Tuesday for abstaining from the Assembly during the crucial floor test.