The battle for wielding political power in the state of Karnataka has been every bit as riveting as it has been bitter.

The current political crisis in the state of Karnataka has all the makings of an absolute Bollywood potboiler - struggle and suspense, strife and slander, drama and defections, love (for power) and loathe in ample measure. Who is the real-life hero and who is the villain can depend on which side of the political fence one is at but the situation at ground-level is no less than an absolute thriller which promises an electrifying climax.

Ever since the Assembly election in the state in May of 2018, tensions have been relatively high inside the Vidhana Soudha. No party hit the majority mark of 113 which eventually led to Bharatiya Janata Party forming the government under BS Yeddyurappa as it was the single-largest party with 104 seats at the time. In response, Congress and Janata Dal Secular - two parties which had fought the election separately - joined hands and Congress - despite having more seats - even offering the CM's post to HD Kumaraswamy if the alliance was to gain power. And power was gained when an emotional Yeddyurappa resigned in dramatic fashion just before a floor test on May 19. (Full report here) 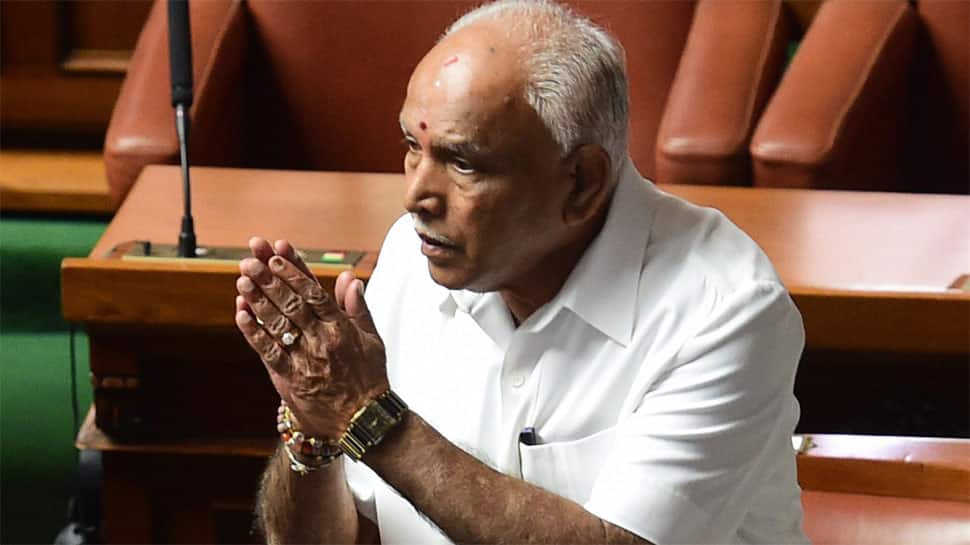 All eyes fell on Kumaraswamy who took oath as CM on May 23, backed by 37 JDS MLAs, 78 Congress MLAs and a BSP MLA. (Full report here) 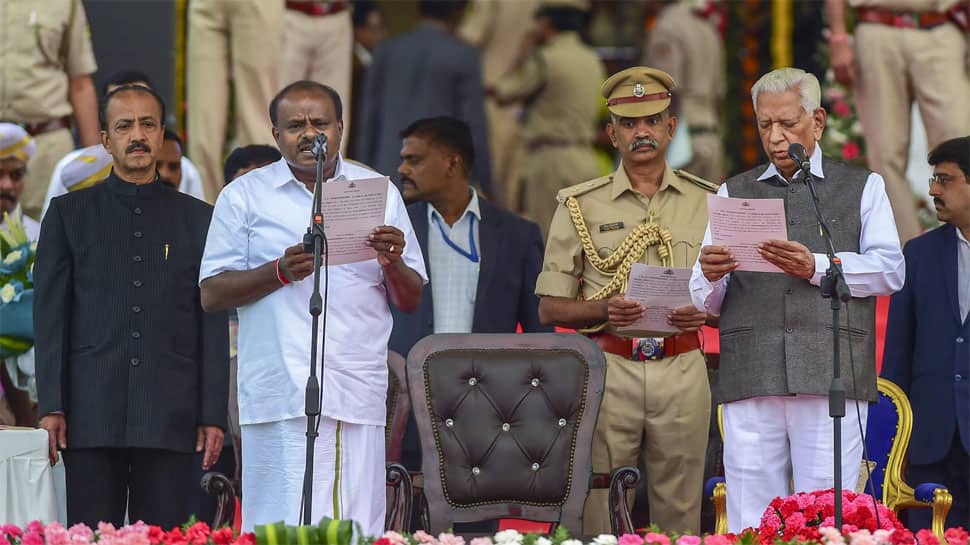 BJP had maintained that the alliance was unholy and that differences between Congress and JDS would not only hamper governance but would be the reason for the government collapsing.

In the subsequent months, there was a long list of reports which either speculated or confirmed that not all was well within the alliance. Several MLAs from both Congress and JDS were unhappy at having been snubbed for ministerial posts even as it was reported that former CM and senior Congress leader Siddaramaiah continued to harbour ambitions for a much larger role. There were also reports that he was extremely displeased with Congress at having accepted Kumaraswamy, not him, as CM.

Kumaraswamy himself invited controversies by the dozen - from complaining that people had voted for PM Narendra Modi but are coming to him with requests to imposing levies on petrol, diesel, liquor, power. He was also repeatedly slammed by the BJP for a number of reasons, including for when he said he was at the mercy of Congress.

The response, often, were tears.

The proverbial floodgate of tears, however, opened up when MLAs of the coalition partners began abandoning by the dozen. And literally. In just a little over two weeks of July, the uneasy and tentative 13-month state government has threatened to come apart at the seams.

Here is a timeline of what triggered the biggest crisis of the Congress-JDS government in Karnataka so far:

July 6: As many as nine Congress MLAs and three JDS MLAs took the resignation route to deal a humungous blow to the coalition government in the state. They too submitted their resignations to the Speaker but it all of these are yet to be accepted.

Most of these MLAs moved to a Mumbai hotel on the same night.

July 7: Congress and JDS get into a tight huddle to assess the situation and devise a face-saving plan. Kumaraswamy, on a personal trip to the United States, flies back and takes stock of the situation as many begin to doubt the future of the government.

Allegations are also levelled against the BJP for engineering the defects but the party distances itself from the entire drama and says it has nothing to do with the decision of dissenting Karnataka MLAs. Siddaramaiah maintains the charge of 'Operation Kamala' against the coalition.

July 8: Two Independent MLAs - H Nagesh and R Shankar - tender their resignations. They had been made ministers in the government only a month earlier. While Nagesh would pledge his support to the BJP, both MLAs took a chartered flight to Mumbai.

In another major development, all Congress and JDS ministers resigned in a cabinet reshuffle - a move seen to be made deliberately to accommodate dissenting MLAs with ministerial berths.

July 9: Major controversy breaks out when Speaker Ramesh Kumar says that most of the resignations he received were 'not in order.' He adds that he will have to go by the Constitution in making a decision on these resignations.

A massive spotlight was also cast on a Mumbai hotel where the rebel MLAs were at. These MLAs wrote to the Mumbai Police Commissioner and asked for protection, claiming they felt threatened by an impending visit from Kumaraswamy and Congress state leader DK Shivakumar.

July 10: Shivakumar lands in Mumbai and makes way towards Renaissance Hotel where 10 rebel Congress MLAs were at. He was stopped by Mumbai Police and despite his repeated attempts and appeals, was escorted out. Through the entire day, Shivakumar claimed he had a reservation in the hotel, had been called by some of the MLAs and that there was no animosity with any of the MLAs inside the hotel. The animosity, however, was amply evident because none of these rebel MLAs came down to meet. 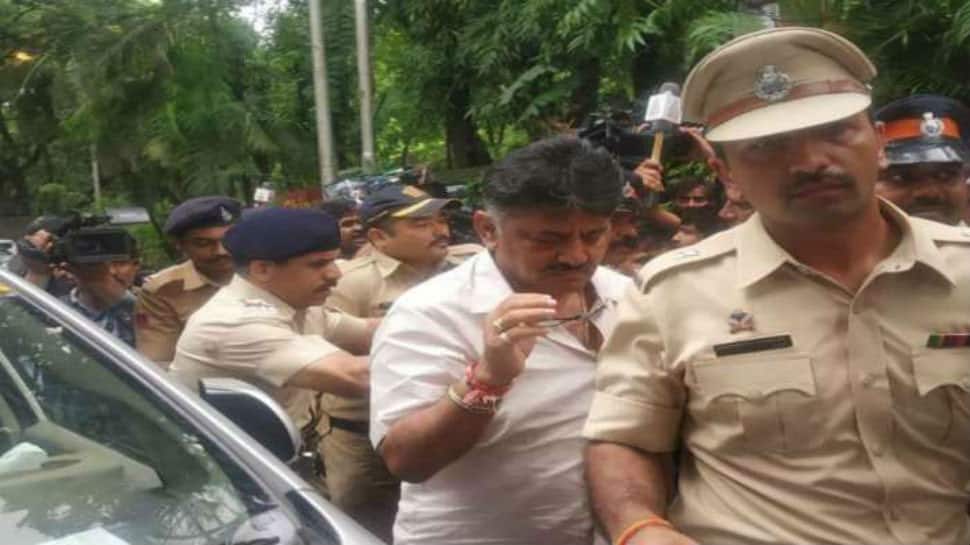 What many of these MLAs did do was to move Supreme Court against the Speaker, claiming in their plea that he was deliberately delaying accepting their resignations.

July 11: The action moved from Mumbai's hotel to the country's top court where a bench headed by Chief Justice of India Ranjan Gogoi heard the plea and directed the MLAs to meet the Speaker. The same day, the MLAs flew to Bengaluru under police protection, met the Speaker, tendered fresh resignations and flew back to Mumbai.

July 12: The top court askes the Speaker to maintain status quo till July 16 when it would hear the case again.

Back in Karnatak, Kumaraswamy attempts to turn the tables and says he will seek a trust vote.

July 13: Efforts to win back the love, affection and - most importantly - support of the rebel MLAs continue. Indications that rebel Congress MLA MTB Nagaraj may reconsider his resignation emerge but are quickly snuffed out by the end of the day.

July 14: Nagaraj flies back to Mumbai and confirms that he had considered taking back his resignation.

July 15: BJP continues to maintain pressure on the coalition government and Yeddyurappa repeatedly urges Kumaraswamy to resign because his government had lost majority in the Assembly, according to him.

In Mumbai, the dissenting MLAs once again write to Mumbai Police and claim they are under threat from senior Congress leaders and that they are not interested in meeting anyone from either Congress or JDS. They request for additional security.

July 16: All eyes fall back on Supreme Court as senior advocate Mukul Rohatgi, representing the dissenting MLAs, tells the three-judge bench that the Speaker cannot not decide on the resignations indefinitely. In response, senior advocate Rajeev Dhavan - representing Kumaraswamy - says that a Speaker cannot be forced to decide on resignations in a particular time frame.

July 17: Supreme Court says Speaker cannot be forced to take a decision within a time frame. The top court also says Karnataka MLAs are not compelled to participate in the trust vote.