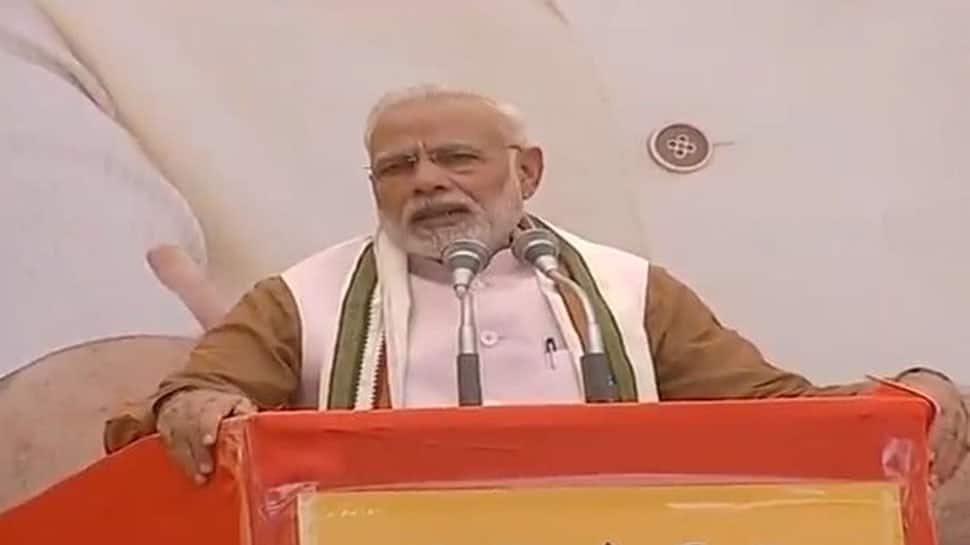 "Modi will fly to Hubballi from Tiruppur in Tamil Nadu later in the day to participate in 2-3 public programmes and address our state leaders and cadres from all the state," party official S. Shantaram said.

The twin cities are about 400km from the state capital Bengaluru.

The Prime Minister will also dedicate doubling of 18km Chikjajur-Mayakonda section railway line for passenger and freight services, and initiate the electrification work of 346-km Hospeta-Hubballi-Vasco da Gama line in this region.

The electrification of the broad gauge will reduce travel time and emission of greenhouse gas with lower diesel consumption.

Before addressing the party convention in Hubballi, Modi will witness the e-griha pravesh (house warming) of 2,384 houses built under the Pradhan Mantri Awas Yojana in Dharwad.

"Modi will launch the BJP`s campaign for the ensuing Lok Sabha elections, due in April-May, as the party will contest in all the 28 parliamentary constituencies in the southern state," added the official.

The party had won 17 Lok Sabha seats in 2014 general elections.