Rahul Gandhi's constant interference when he wasn't even Congress chief made me quit party: SM Krishna

SM Krishna alleged that when Dr Manmohan Singh was the Prime Minister, Rahul interfered in several matters even though he was just a member of Parliament. 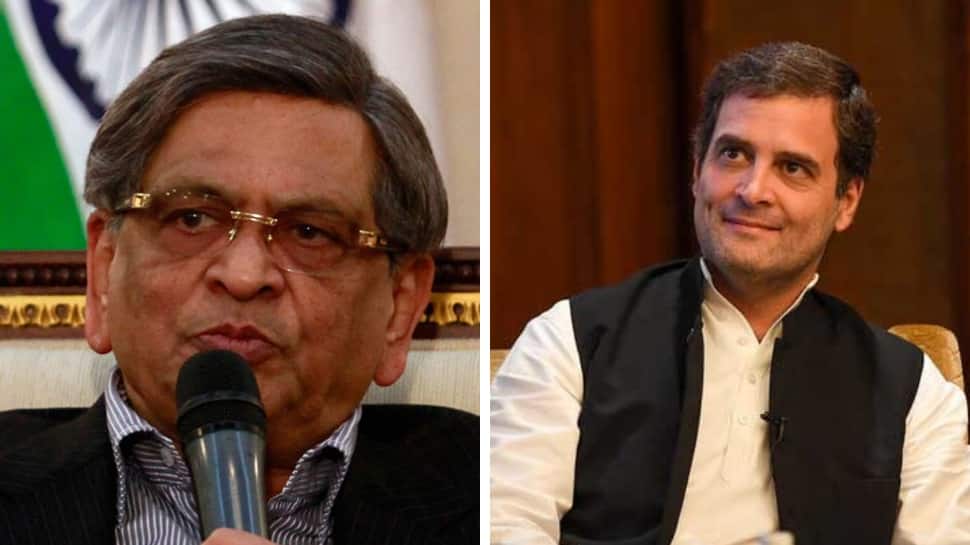 Krishna, who was the external affairs minister in the Manmohan Singh government, also said that he got to know Rahul's views that people aged around 80 years should not hold any position of office. "After I heard that I quit the party," he added.

Recalling the time when he held the External Affairs portfolio, he said: "From 2009 to 2014 when I was the External Affairs Minister, there was a suffocating environment in the party. I was handling the portfolio efficiently for three and a half years. But Rahul issued an order that leaders who reached 80 years should not hold any ministry. I was disappointed and resigned."

SM Krishna alleged that when Dr Manmohan Singh was the Prime Minister, Rahul interfered in several matters even though he was just a member of Parliament. "Ten years ago, Rahul was an MP and didn't hold any party post but would interfere in all matters. Even though Manmohan Singh was the Prime Minister, many subjects were taken up without bringing it to his notice," he said.

He asserted that Congress did not have any control over alliance parties. "It was then that all major scams like 2G spectrum, Commonwealth and coal were reported. Such situations arise when there's no able leadership in the country," Krishna said while addressing BJP workers.

He added that he sincerely felt that the country needs five more years of scam-free and corruption-free administration under Prime Minister Narendra Modi's leadership.

Krishna had joined the BJP in March 2017 after ending his decades-long association with the Congress. He was first elected an MLA on Praja Socialist Party (PSP) ticket before switching over to the Congress.