The Home Ministry officials said deployment of such a large number of security personnel in the 2019 general election was the highest ever in India. 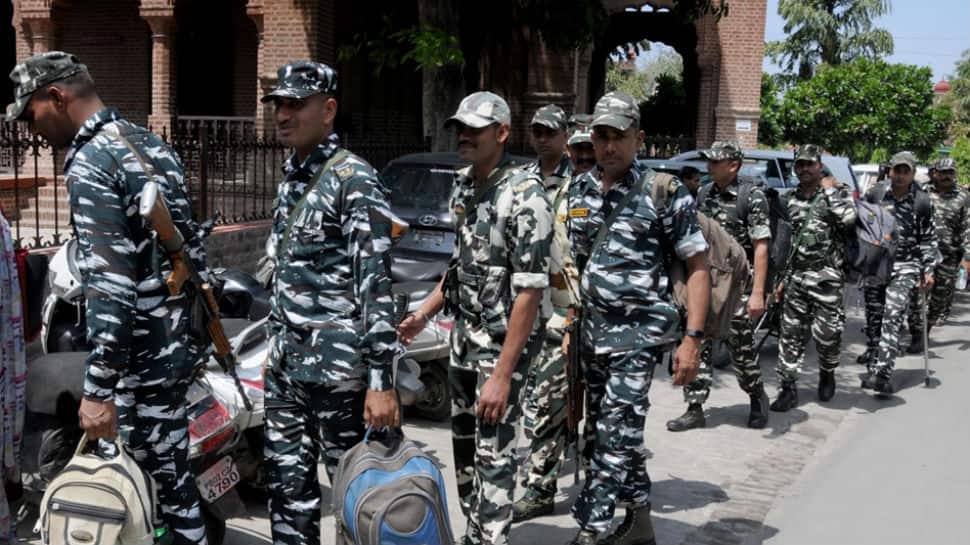 New Delhi: As many as three lakh paramilitary personnel along with over 20 lakh state police officials and home guards were deployed for the seven-phase Lok Sabha election in the country, officials said.

The Home Ministry officials said deployment of such a large number of security personnel in the 2019 general election was the highest ever in India.

For the current parliamentary election, the Home Ministry has mobilised 3,000 companies of paramilitary forces comprising more than 3,00,000 personnel across 36 states and Union Territories.

This is in addition to the components of the state armed police, India Reserve (IR) battalions and home guards, which together could be around 20 lakh, an official, directly involved in the mobilisation of the troops, said.

The total sanctioned strength of India's state police forces is around 21 lakh and paramilitary is around 10 lakh.

As the phases were getting over, paramilitary troops were being moved from one state to the other, the official said.

The core duties of the paramilitary personnel deployed for election duty include instilling a sense of confidence and security among people to exercise their franchise freely without any fear.

The Election Commission of India, in coordination with the Home Ministry, which has the administrative control over the central paramilitary forces, has made an assessment of all aspects having bearing on the election process, including the state-wise and phase-wise requirement of security forces, the official said.

The ministry prepared a deployment plan of various forces like the CRPF, BSF, CISF, ITBP, SSB and the Assam Rifles keeping in view their role in border guarding, counter-insurgency operations and other commitments.

It held discussions with each of the forces to ascertain the availabilities of troops without undermining the existing internal security and border guarding operational responsibilities and thereupon prepares a plan of deployment.

The paramilitary forces were then mobilised within the least possible time leaving no vacuum in the internal security grids or border guarding responsibilities.

Mobilisation of forces calls for intensive micro planning as to how and from where the forces are to be deployed, another official said.

In the whole logistic arrangements, the Ministry of Railways provided crucial support in the form of special trains. The Ministry of Defence provided air support particularly, for movement of the forces in the far-flung areas.

The troops were taken to the designated points of deployment as decided by the chief electoral officer of the state concerned.

The Home Ministry appointed state force coordinator to supervise the inter-state movement of paramilitary forces during the various phases of election.

Many a times, due to unforeseen law and order situation, the Election Commission would order additional deployment and the Home Ministry had to meet such emergent challenges in the shortest possible time, the official said.

The polling for the Lok Sabha election began on April 11 and came to an end on May 19. The counting of votes is scheduled for May 23.