The names were announced by Delhi AAP convener Gopal Rai. 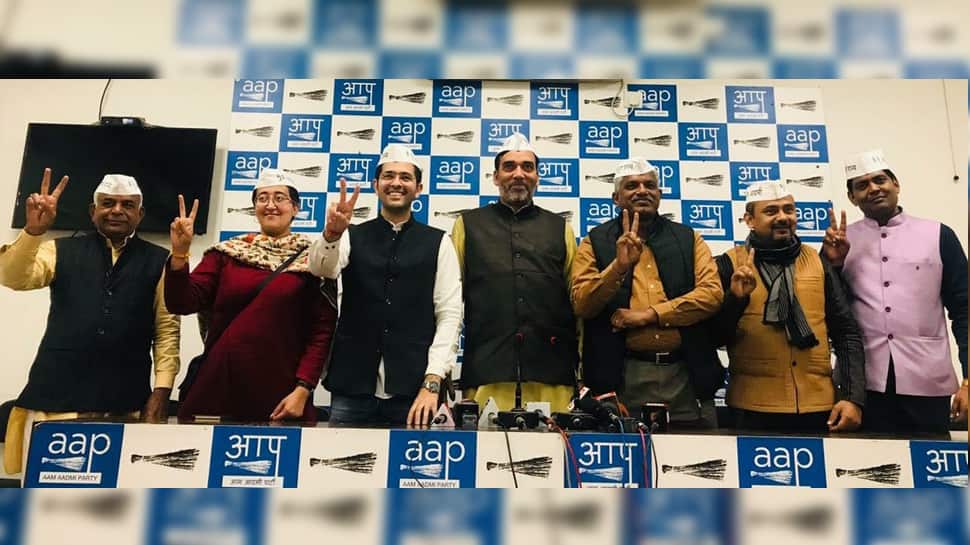 The candidates who have been nominated to contest the polls are Atishi from East Delhi, Guggan Singh Ranga from North West Delhi, Raghav Chadha from South Delhi, Dilip Pandey from North East Delhi, Pankaj Gupta from Chandni Chowk and Brijesh Goyal from New Delhi constituency. The six candidates were earlier appointed as in charge on the respective Lok Sabha seats.

Announcement : Declaration of candidates for the upcoming Loksabha Polls

The names were announced by Delhi AAP convener Gopal Rai. The decision regarding the nominee for the seventh seat of West Delhi will be taken soon, Rai said at a press conference on Saturday.

The announcement ends the speculation over whether the AAP will tie-up with the Congress for the Lok Sabha battle. There two parties had been in talks for an alliance earlier but Congress' Delhi unit led by Shiela Dikshit is known to be bitterly opposed to the Chief Minister and his party.

Addressing the press conference, Rai said that during a meeting of 'Mahagathbandhan' leaders at NCP chief Sharad Pawar's residence last month, Congress president Rahul Gandhi had refused a proposal for an alliance between his party and the AAP, citing opposition from its Delhi unit leaders.

AAP chief Arvind Kejriwal, who contesting against Prime Minister Narendra Modi in the 2014 Lok Sabha election, has already said that he will not be fighting the polls this year as he needs to focus on Delhi.

AAP had already said that it will contest on all the Lok Sabha seats in Delhi, Punjab, Haryana and Goa. Apart from Varanasi, the party will also contest from some seats in eastern and western Uttar Pradesh.