The party claimed that its sole objective of fighting the election is to make Delhi a full state. 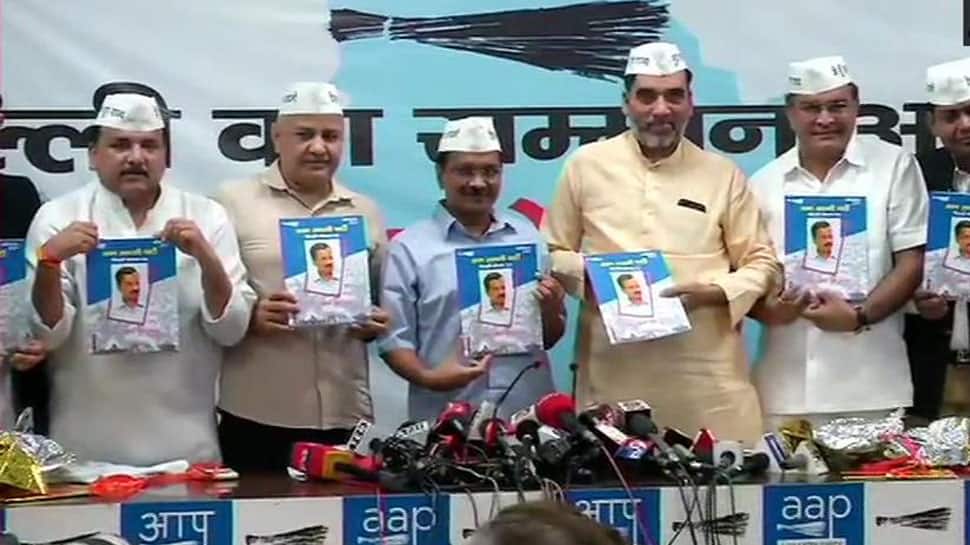 The manifesto highlighted several issues like education, health, the safety of women, police reforms, zero corruption, jobs, land and housing, prevention from sealing, cleanliness, pollution, transport and Yamuna rejuvenation. The entire manifesto has been dedicated to the changes that could be brought if Delhi gets full statehood.

The party claimed that after becoming a full state, the Delhi government will move closer to realizing the vision of providing affordable healthcare for all.

It also claimed that the safety and security of women in Delhi is among the top priorities of the party and full statehood will bring Delhi Police under the jurisdiction of Delhi government. The manifesto added that a meaningful impact on women's safety could be realised.

The manifesto said that with full statehood, the Delhi police will be made fully accountable to the people of Delhi and set new standards of professional and quality policing.

The manifesto reads, "Today, the Delhi government has to take permission from the Centre for each of its works. And the Central government puts obstacles on each work. In addition, agencies that deal with the everyday problems of the people of Delhi such as Delhi Police, DDA and MCD fall directly under the Centre's jurisdiction. The people of Delhi have no say in them."

"There's only one solution--Delhi should be granted full statehood just like all other states. All government agencies should come under the purview of the elected government. With full statehood, several dreams of the people of Delhi will be realized. Women safety will considerably improve. Law and order in Delhi will improve. Youth will get jobs. Every child who has scored more than 60% marks in 12th Standard will get a college admission. Sealing will be stopped in Delhi. Every Delhi resident will have a house of his/her own. Unauthorized colonies will be regularized. Delhi will be a clean and beautiful city. Delhi will accelerate towards the path of development," further read the manifesto.

The party claimed that its sole objective of fighting the election is to make Delhi a full state.