Ravi Shankar Praasd said that there were no problem with the EVMs Mamata Banerjee, N Chandrababu Naidu and Amarinder Singh won elections and became chief minister 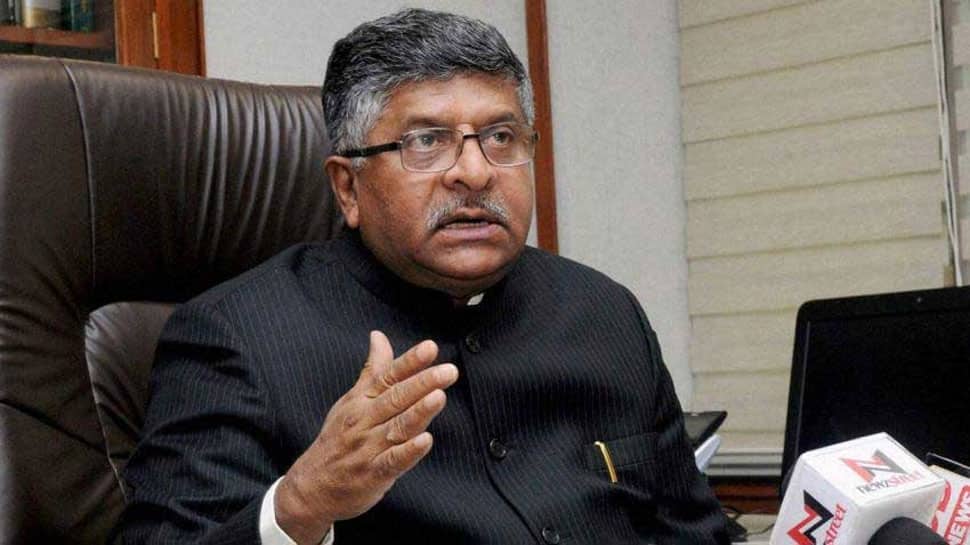 NEW DELHI: Law Minister Ravi Shankar Prasad on Tuesday slammed opposition parties for raising questions over the credibility of Electronic Voting Machines (EVMs) and said that the opposition must accept defeat with grace if Narendra Modi gets the mandate to become prime minister again.

Taking a dig at the opposition, the senior BJP leader said that there were no problem with the EVMs Mamata Banerjee, N Chandrababu Naidu and Amarinder Singh won elections and became chief minister, but the EVMs become faulty when the BJP wins the poll.

"EVM is good when Mamata Banerjee became West Bengal chief minister twice and Amarinder Singh became Punjab chief minister. If they win, EVM is good. But when there is expectation that we will win because people of this country want Narendra Modi to be prime minister again, then EVM is unreliable. The BJP condemns their (opposition) conduct and will tell humbly to accept their defeat with grace," he was quoted as saying by PTI.

Prasad said the opposition is "demoralised and defeated" and they had realised by the end of fourth phase that BJP was going the Lok Sabha election and this prompted them to rake up the EVM issue. "By the end of the fourth phase they had realised that they are not going to win the election and people are overwhelmingly supporting Prime Minister Narendra Modi. Therefore they started finding excuses," remarked Prasad

Information and Broadcasting Minister Rajyavardhan Singh Rathore also echoed similar feelings and said that the opposition parties is aware that the BJP is going to win the Lok Sabha election and this is why they are raising questions over the credibility of EVMs.

BJP spokesperson GVL Narasimha Rao said the sudden mistrust of opposition in EVM is "unsurprising and unimaginary". "When they win, as they did in state polls recently, EVMs are trustworthy. But when they lose, they become questionable. Their selective trust in the EVMs is hypocritical and mischievous," he noted.

Meanwhile, the Election Commission (EC) on Tuesday set up a 24-hour control room to monitor complaints relating to EVMs. The poll panel decided to set up the control room amid concerns over alleged tempering and suspected manipulation of EVMs used in Lok Sabha election. ''The 24 hour EVM Control Room will be made functional from tonight at Nirvachan Sadan to monitor complaints relating to polled EVMs,'' the EC  said in a statement.