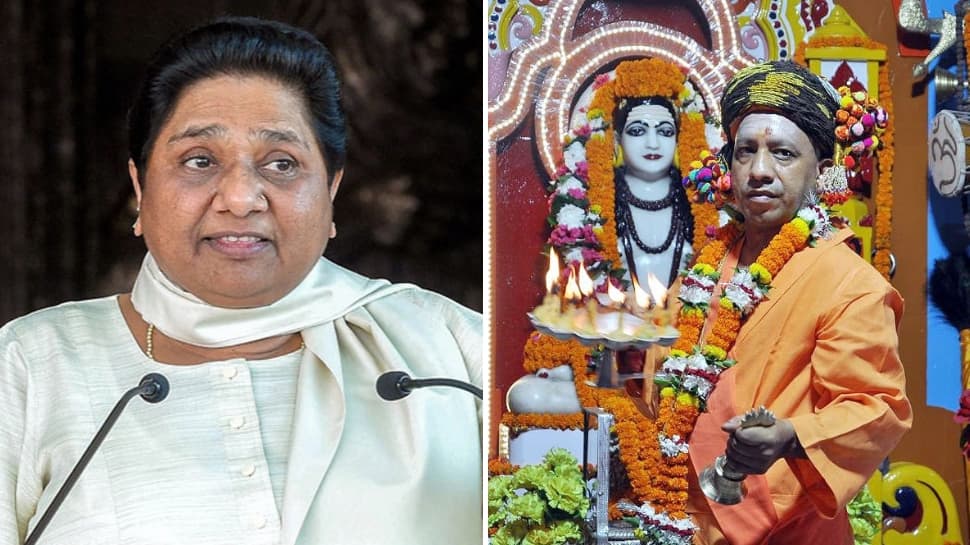 "Uttar Pradesh Chief Minister Yogi Adityanath is flouting the EC order by visiting temples and eating food in the houses of Dalits. He is doing drama and broadcasting the same on the media platforms for to gain in elections. Why is the Commission so kind to him?" Mayawati tweeted in Hindi.

She also claimed that the EC is 'turning a blind eye' to the alleged violation of the model code of conduct by the Uttar Pradesh CM and 'wrongly favouring' BJP leaders. "It is impossible to have free and fair elections if the EC continues to neglect the actions by BJP leaders. The BJP leadership is hell-bent on continuing the same arbitrariness as it has been doing so far, why?" she said in a follow-up tweet.

However, Adityanath's media advisor Mrityunjay Kumar rubbished her allegations saying that Adityanath attended those events on invitations. "How can having a meal at someone's house on their invitation or visiting temples in personal capacity to pray, be a violation of EC's order," he said in a tweet in Hindi.

He also took a jibe at Mayawati saying she reads out her written speeches, she should read the EC's order copy too.

Mayawati also claimed that the BJP and Prime Minister Narendra Modi are nervous ahead of the previous elections due to the fear of losing. "The real reason for this is that along with poor and farmers, the BJP is indulging in anti-Muslim, and anti-Dalit deeds," she claimed.

Voting is being held for the second phase of general elections on Thursday. Eight Lok Sabha seats in Uttar Pradesh are also going to polls.