JD(S) spokesperson Ramesh Babu said that the chief minister has also called a JD(S) legislature meeting at 1 PM at party office in Bengaluru to review the results of Lok Sabha election 2019. 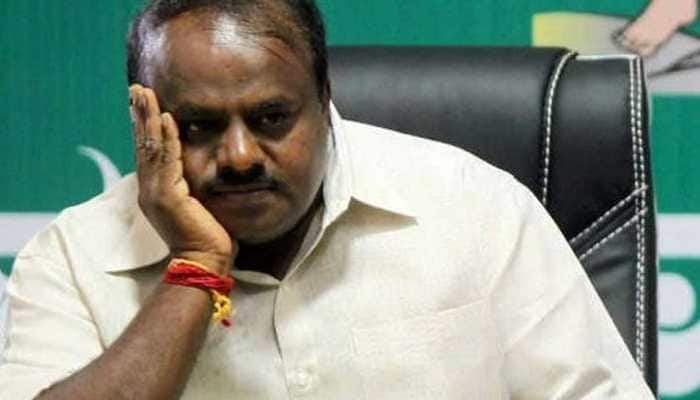 Shortly after the Congress-JDS alliance in Karnataka faced a humiliating defeat in Lok Sabha election 2019 on Thursday, Chief Minister H D Kumaraswamy called an "informal" cabinet meeting at 12.30 pm on Friday. JD(S) spokesperson Ramesh Babu said that the chief minister has also called a JD(S) legislature meeting at 1 PM at party office in Bengaluru to review the results of Lok Sabha election 2019. "An informal cabinet meeting has been called tomorrow, May 24, 2019 at 12:30 PM, at cabinet hall in Vidhana Soudha (the state secretariat)," an official intimation sent out to Ministers said.

Sources said that during the cabinet meeting, the CM and his cabinet colleagues from JD(S) as well as Congress, would hold discussions over the Lok Sabha election 2019 results. Kumaraswamy and his cabinet colleagues would also brainstorm over the future of coaltion during the meeting. The Congress-JDS alliance government in Karnataka completed one year on Thursday but the poor show by the alliance in Lok Sabha election is expected to make the coaltion unstable. Some political experts are of the view that the coalition would not be able to survive for long now.

On the other hand, BJP had contested 27 of 28 seats and supported independent candidate Sumalatha Ambareesh in Mandya. The saffron party won 25 seats and Sumalatha also won from Mandya after defeating Kumaraswamy's son Nikhil Kumaraswamy. Sources said that some leaders in Karnataka Congress have already startted saying that the party should now snap ties with the JD(S), claiming that the partnership with JD(S) was largely responsible for party's poor showing in Karnataka.

BJP-led NDA decimates opposition in Bihar, wins 39 out of 40 seats