In April, Sidhu at a rally had announced that he would quit politics if Rahul Gandhi loses from Amethi. 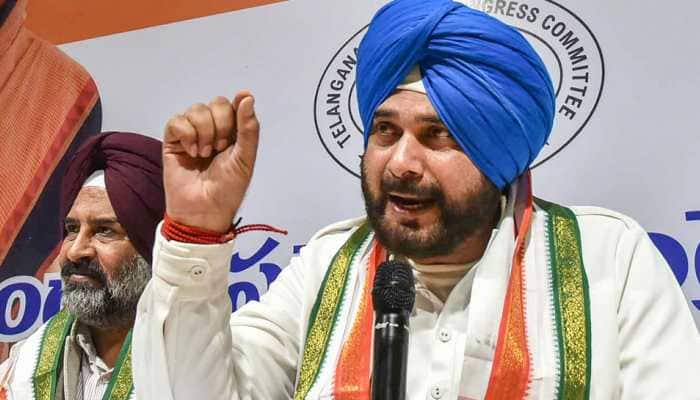 As Congress president Rahul Gandhi lost in his family bastion Amethi for the very first time in Lok Sabha election 2019, Twitter joined the chorus to demand Punjab Minister Navjot Singh Sidhu's resignation for a month-old statement of his.

'#SidhuQuitPolitics' is the most trending hashtag on Twitter currently apart from those related to the Lok Sabha election results.

In April, Sidhu at a rally had announced that he would quit politics if Rahul loses from Amethi and on Thursday, the Congress president lost to Bharatiya Janata Party (BJP) candidate Smriti Irani in one of the biggest setbacks of the election.

"Neither Modi got finished nor Rahul Gandhi won Amethi. Time to Navjot Singh Sidhu to retire from politics?" tweeted one user while another wrote, "So what's your plan Mr Siddhu?"

Neither Modi got finished nor Rahul Gandhi won Amethi,

"Sidhu, when you are quitting politics? While India is waiting and watching," read a tweet.

Sidhu had out-rightly rejected the claim that Irani was giving a tough fight to Gandhi in Amethi.

For his controversial remarks, Punjab Chief Minister Amarinder Singh also criticised Sidhu for damaging the Congress prospects with his ill-timed comments against him and the party leadership in the state.

A few days ago, Sidhu had accused the Punjab CM of being responsible for denial of ticket to his wife Navjot Kaur from Chandigarh. However, Singh rejected Sidhu's claim and said that Kaur had been offered Congress ticket from Amritsar or Bathinda seat, but she refused it.

Singh had also said that Sidhu "wants to replace him as the next Punjab CM."