BJP's Anant Kumar Hegde and Nalin Kateel have also praised Godse as they came out in Thakur`s support.

NEW DELHI: A day after BJP's Lok Sabha candidate from Bhopal Sadhvi Pragya Singh Thakur kicked up a major row by describing Mahatma Gandhi`s assassin Nathuram Godse as a "deshbhakt" (patriot), the Congress on Friday changed the profile picture of its Twitter handle with an image of Mahatma Gandhi. 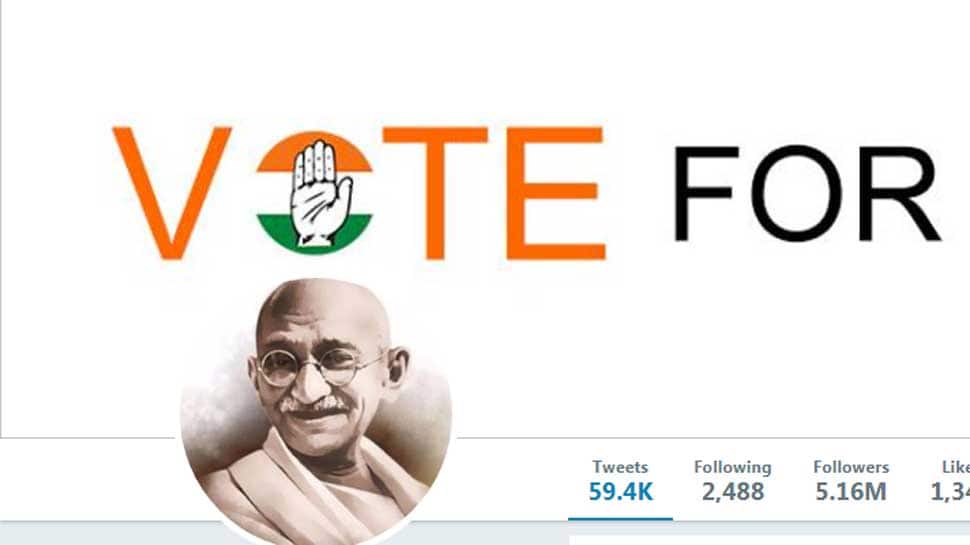 The move came a day after Thakur, an accused in the Malegaon blasts, described Mahatma Gandhi`s assassin Nathuram Godse as a "deshbhakt" (patriot).

"Nathuram Godse was a `deshbhakt`, is a `deshbhakt` and will remain a `deshbhakt`. People calling him a terrorist should instead look within. Such people will be given a befitting reply in these elections," she had said.

The Bharatiya Janata Party's (BJP) Anant Kumar Hegde and Nalin Kateel have also praised Godse as they came out in Thakur`s support.

Earlier in the day, BJP president Amit Shah said that the statements made by Thakur, Hegde and Kateel were their personal comments and that the party had nothing to do with them.

Amit Shah's announcement came as the party faced criticism over the controversial remarks ahead of the final phase of Lok Sabha elections.

Godse shot dead Mahatma Gandhi at a prayer meeting in New Delhi on January 30, 1948. He was hanged after a trial.