According to Akhilesh, Priyanka Gandhi's 'weak candidate' claim is nothing but an 'excuse from the party fearing a loss in the election'. 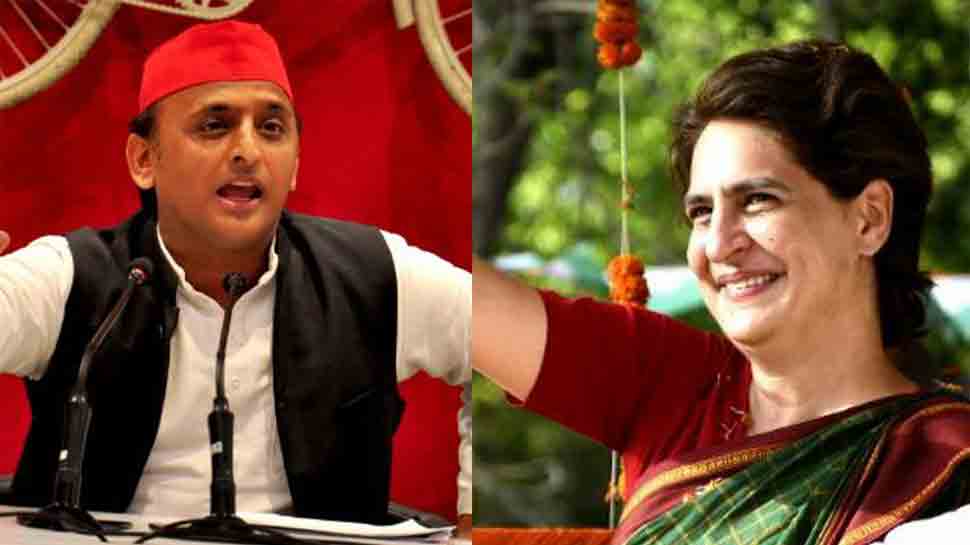 According to Akhilesh, Priyanka Gandhi's statement is nothing but an 'excuse from the party fearing a loss in the election'.

"I cannot believe in these types of statements. I do not believe that the Congress has fielded weak candidates anywhere. No party does it. People are not with them. That is why they are making excuses," Akhilesh told news agency ANI today.

Akhilesh also took on Congress president Rahul Gandhi for claiming that BJP controls the Samajwadi Party and Bahujan Samaj Party, saying, "No one controls us. We are political parties. It is the SP, BSP and RLD alliance in Uttar Pradesh that is poised to give a setback to the ruling party."

"The alliances in several states have choices but the BJP does not have any other leader. Our alliance wants to give India a new Prime Minister. My party will decide about the PM when the final seat tally is out," he said when asked who will be the prime minister if the BJP does not come to power.

Akhilesh also hinted that his father and Samajwadi Party patriarch Mulayam Singh Yadav is not in the prime ministerial race. "It will be good if Netaji (Mulayam Singh Yadav) gets the honour to become the Prime Minister. However, I feel that he is probably not in the race.

Talking about his national ambitions, the SP president stated that he currently wants to focus on the assembly elections, which are due in 2022. "I want to increase the number of Samajwadi Party's MPs in the Lok Sabha. I want to be among those who want to make a new Prime Minister. I want Uttar Pradesh to contribute in the next government formation."

Talking about the rejection of SP-BSP joint candidate Tej Bahadur Yadav's nomination in Varanasi, Akhilesh criticised the Returning Officer for not giving enough time to the candidate for his paperwork.