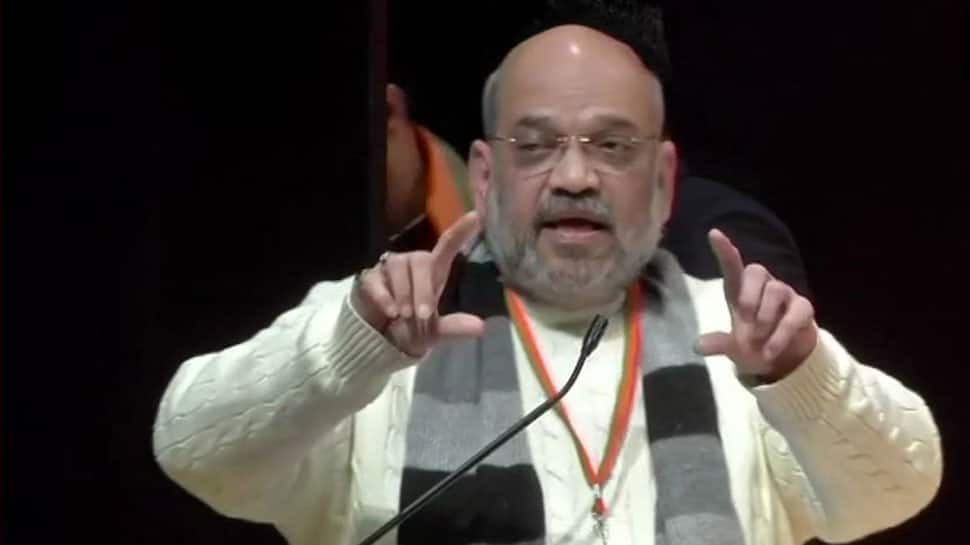 Bharatiya Janata Party (BJP) president Amit Shah on Friday asserted that the remarks by three party leaders on Nathuram Godse, the killer of Mahatma Gandhi, was personal, adding that the statements have no connection with the party's stand on the matter. He, however, also said that keeping in view the dignity and ideology of the BJP, the party has seriously considered the matter. Three BJP leaders--Anantkumar Hegde, Pragya Singh Thakur, and Nalin Kumar Kateel-- since Thursday have courted raging controversy over their statements sympathising and praising Godse.

BJP Bhopal Lok Sabha candidate Pragya Singh Thakur on Thursday waded into controversy after she hailed Godse as a patriotic (deshbhakt). Pragya was responding to Makkal Needhi Maiam chief Kamal Haasan's remarks on Godse, which stirred controversy. "Nathuram Godse was a deshbhakt, is a deshbhakt and will remain a deshbhakt'. People calling him a terrorist should instead look within. Such people will be given a befitting reply in these elections," she said. However, she apologised later.

Kateel, an MP from Karnataka, on Thursday, compared Godse with former prime minister Rajiv Gandhi. "Godse killed one, Kasab killed 72, Rajiv Gandhi killed 17,000. You judge who is crueller in this??" - Kateel tweeted.

In the latest development, Union Minister Anantkumar Hegde on Friday followed their footsteps in sympathising with Godse on Twitter. Taking to Twitter, he said that he is glad that after 70 years today's generation debates in a changed perceptional environment. He added that this gives good scope for the condemned to be heard upon. Hegde also claimed that Godse would have finally felt happy with this debate. Hegde said that his account was hacked and deleted the pro-Godse tweets.