Amit Shah to host dinner for NDA leaders on Tuesday, Council of Ministers may meet too

The meeting comes after the exit polls on Sunday predicted a massive victory for the BJP-led NDA in the 2019 Lok Sabha election results. 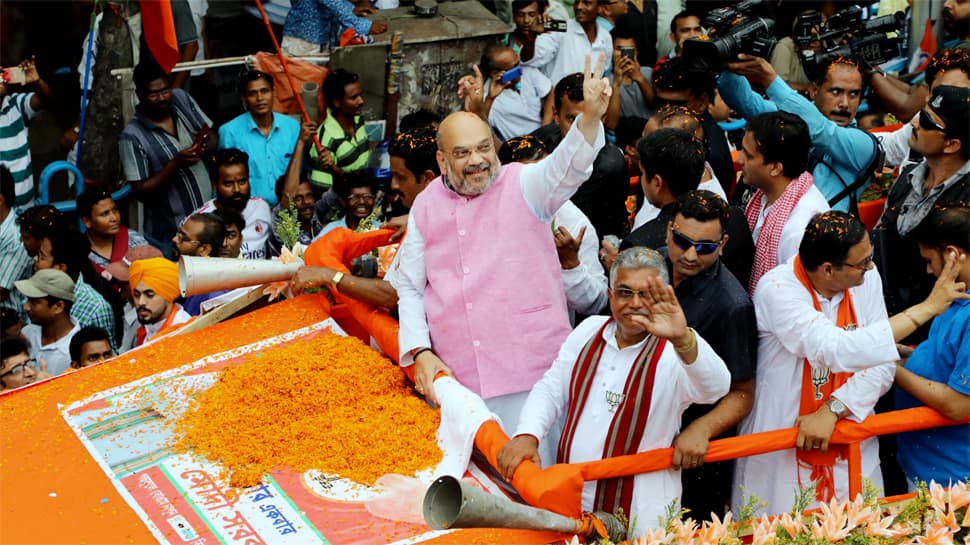 NEW DELHI: Bharatiya Janata Party (BJP) president Amit Shah will be hosting a dinner for National Democratic Alliance partners in the national capital on Tuesday. The Union Council of Ministers is also likely to meet on Tuesday.

The meeting comes after the exit polls on Sunday predicted a massive victory for the BJP-led NDA in the 2019 Lok Sabha election results. Counting will be held on 23 May when results will be declared on the same day. Several exit polls predicted that NDA would cross the 300-seat mark. News24-Chanakya predicted 350 seats, AAJTAK/India Today-Axis 339 to 365, News18-IPSOS 336, Times Now-VMR 306, Republic-Jan ki Baat 315 and India TV-CNX said that the NDA would win 300 seats. These exit polls largely predicted the UPA to be limited to between 100 and 130.

NewsX/India News-Poll Strata predicted 242 seats for the alliance and gave a maximum of 165 seats to UPA.

Many exit polls predicted that the SP-BSP alliance in Uttar Pradesh is likely to trump the BJP in the country's politically most crucial state. The BJP had won 71 and its ally Apna Dal two of its 80 seats in 2014. The saffron alliance may not touch even halfway mark of 40 in Uttar Pradesh this time, some exit polls said. The ABP-CSDS exit poll has predicted a hung Parliament; NDA to win 267 seats, UPA 127 and Others 148.

The BJP has been elated at the exit polls results stating that people have rewarded Modi's good governance. BJP spokesperson G V L Narasimha Rao said: "The exit polls clearly show a huge positive vote for the leadership of Narendra Modi who has served the country with unmatched dedication. That people reward good performance has once again been proved by the overwhelming public mandate. This is a slap for the abusive opposition that made baseless charges and spoke lies."

However, the opposition has rubbished the exit polls saying the outcome will be revealed on 23 May. West Bengal Chief Minister Mamata Banerjee said she does not trust "exit poll gossip" while the Congress dismissed the projections as ridiculous, claiming that silent voters will speak in the opposition's favour when votes are counted on May 23.

Shashi Tharoor of the Congress claimed that exit polls are all wrong and cited the Australian polls, where various surveys proved wrong, to make his point. "I believe the exit polls are all wrong. In Australia last weekend, 56 different exit polls proved wrong. In India, many people don't tell pollsters the truth fearing they might be from the Government. Will wait till 23rd for the real results," the Kerala MP tweeted.