Naidu met Mamata at the latter's residence in Kolkata. 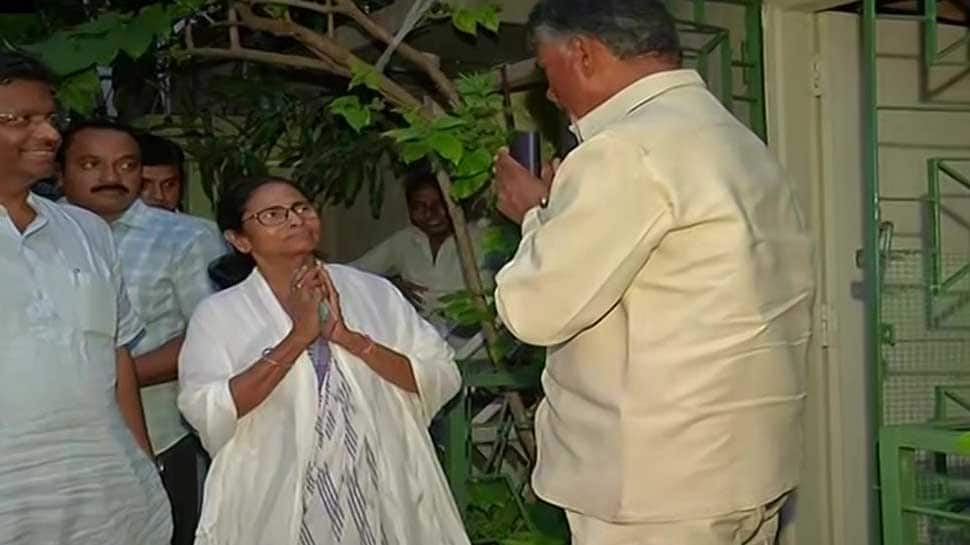 Kolkata: Andhra Pradesh Chief Minister and Telugu Desam Party (TDP) supremo N Chandrababu Naidu on Monday met his West Bengal counterpart Mamata Banerjee as part of his pursuit to form an alternative to the NDA government at the Centre.

Naidu met Mamata at the latter's residence in Kolkata.

The meeting between the two leaders lasted close to 40 minutes. During the meeting, Naidu urged Mamata to come to Delhi after May 23 - the day votes would be counted.

The TDP chief, who is at forefront of efforts to form a non-BJP government at the Centre, had met Nationalist Congress Party (NCP) chief Sharad Pawar and CPI-M leader Sitaram Yechury on Sunday.

Naidu met Sonia Gandhi in the evening of Sunday and their meeting lasted for about 45 minutes.

These meetings are a part of Naidu's continuing outreach to the opposition party leaders to firm up a non-BJP front.

On Friday, he had said that all parties, including rival K Chandrashekhar Rao-led Telangana Rashtra Samithi (TRS), were welcome to join the non-BJP 'Mahagathbandhan' (grand-alliance).

It may be recalled that Naidu had earlier rejected the exit poll prediction by saying that time and again the exit polls have failed to catch the pulse of the people.

"Exit polls have proved to be incorrect and far from ground reality in many instances," the Telugu Desam Party (TDP) chief tweeted after a majority of exit polls favoured the BJP-led National Democratic Alliance (NDA) to form the government by winning about 300 seats.

"While undoubtedly TDP govt will be formed in AP, we are confident that non-BJP parties will form a non-BJP govt at the Centre," Naidu said.

Naidu also reiterated the demand that the Election Commission count voter-verified paper audit trail (VVPAT) slips in at least 50 per cent of the polling stations.

According to the TDP sources, Naidu is also expected to hold a press conference on Tuesday about his efforts to cobble up an anti-BJP front with like-minded leaders.