Born on December 8, 1927, Vidya Stokes is known in political circles for her clean image and has never taken any salary, be it as a legislator or as a minister, throughout her political career. 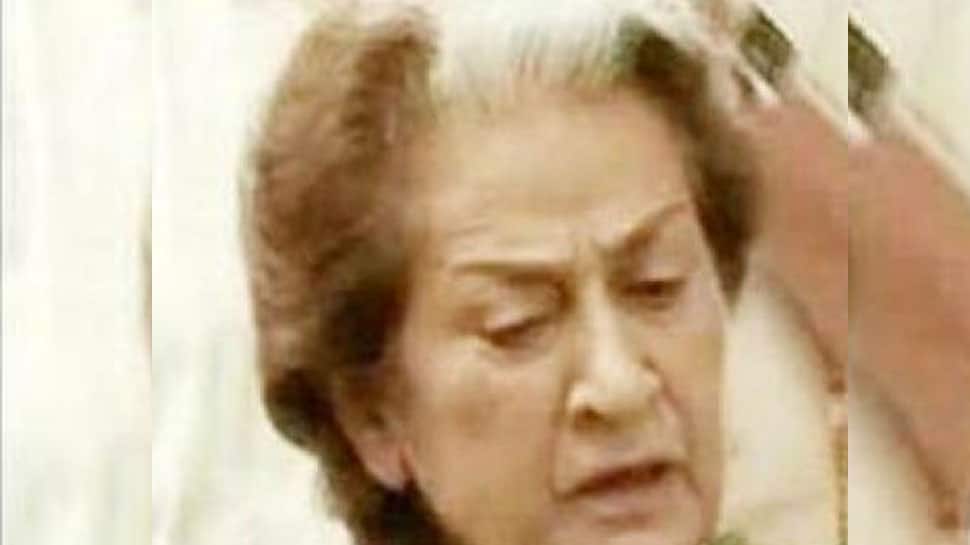 Shimla: At 91, eight-time matronly Congress legislator Vidya Stokes continues to battle tirelessly to ensure victory of the party in all the four parliamentary seats of Himachal Pradesh.

She is daily rubbing shoulders with party leaders, a majority of them almost half her age, and meeting party cadres ahead of the May 19 polling.

"Whatever the responsibilities the party has giving to me so far, I have fulfilled all of them and that too with dedication and sincerity," Stokes, one of India`s eldest and active politicians, told IANS.

"Soon I am going to be part of the state-wide election campaign," she added.

In the 2017 Assembly elections, her nomination papers were rejected due to discrepancies in the documents.

In the previous assemblies, she represented apple belts of Theog and Kumarsein, a seat scrapped in the delimitation exercise a decade ago and its areas merged with Theog and Shimla (rural).

Stokes, a long-time hockey administrator, said: "I work harder than many others who may be half my age."

"I am daily spending at least 10 hours with the public and getting much respect and love from people, who are my strength," Stokes, who has completed over four decades in active politics, said.

The former legislator, who remained irrigation and public health, horticulture and science and technology minister in her various stints in the state cabinet, said: "Throughout my political career, I never betrayed my party and remained its loyal worker."

Born on December 8, 1927, Stokes is known in political circles for her clean image and has never taken any salary, be it as a legislator or as a minister, throughout her political career.

"In politics it is our duty to serve the public. I personally believe that one should not hold public office for personal gains," an elated Stokes, the country`s first woman Speaker of an assembly, said.

She has no grudge of not becoming the Chief Minister despite being active in state politics since 1974, after the death of her husband Lal Chand Stokes. Their two daughters live in the US.

"I have never demanded any post from the party. Whatever the party offered me, I accepted it with humility."

Stokes has no plans to re-enter the political battle again. "Now, I want to do social work that will help strengthening the party base. For this, I will remain in the field until my last breath."

Stokes now manages most of her family`s orchards.

On being asked about the performance of the Modi-led government, she said: "The central government has not fulfilled its promise of hiking apple import duty that is hitting the state`s apple industry most."

"We have requested the Narendra Modi government to hike import duty on apples as growers here are facing stiff competition from China but the central government declined to hike the import duty," she said, adding "the growers will now give the reply through ballots".