At Modi's swearing-in ceremony, high-profile Indian and foreign leaders to be in attendance

PM Modi was re-elected for a second consecutive term at the Centre on May 23 with a thumping majority. 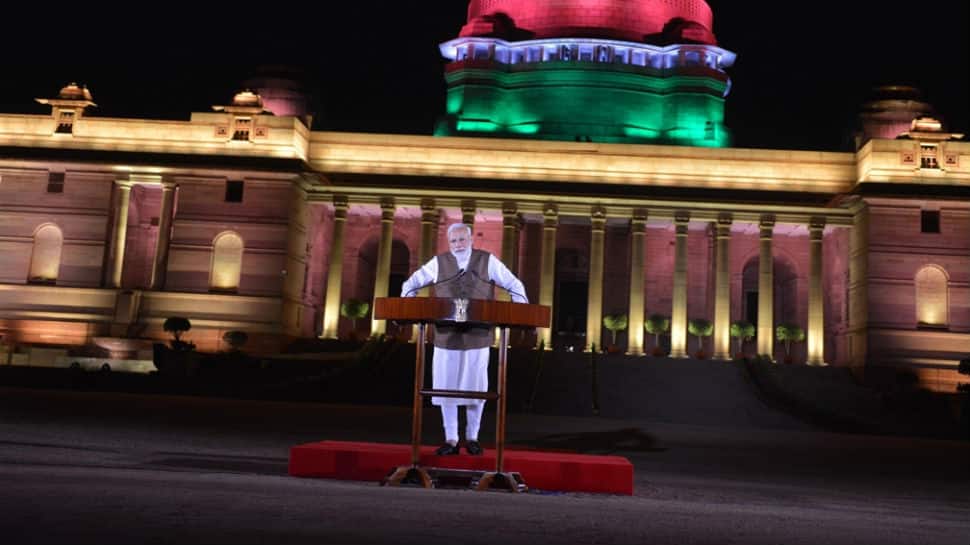 New Delhi: The oath-taking ceremony of Prime Minister Narendra Modi and his new council of ministers on Thursday at the Rashtrapati Bhavan will be attended by several national and international leaders.

Thailand will be represented by its Special Envoy Grisada Boonrach while Bangladesh Prime Minister Sheikh Hasina will be absent from the ceremony due to prior commitments.

This time, India has not sent out an invite to the leaders of SAARC (South Asian Association for Regional Cooperation) countries as it had done in 2014. Back then, owing to the invite to SAARC leaders, the then Pakistan PM Nawaz Sharif had attended PM Modi's swearing-in.

Along with foreign dignitaries, several leaders from opposition parties and Chief Ministers have also been invited to the ceremony. West Bengal CM Mamata Banerjee, Delhi CM Arvind Kejriwal, Telangana CM K Chandrashekar Rao are some of the leaders who will be in attendance on Thursday.

PM Modi was re-elected for a second consecutive term on May 23 with a thumping majority after the Bharatiya Janata Party (BJP)-led National Democratic Alliance (NDA) won 354 seats in the 2019 Lok Sabha election.