"If Congress was involved in the Bofors scam, there is the Rafale scam now. Both parties have been silent on implementing Mandal Commission recommendations (reservation for OBCs). They are not interested in uplifting people in the country." 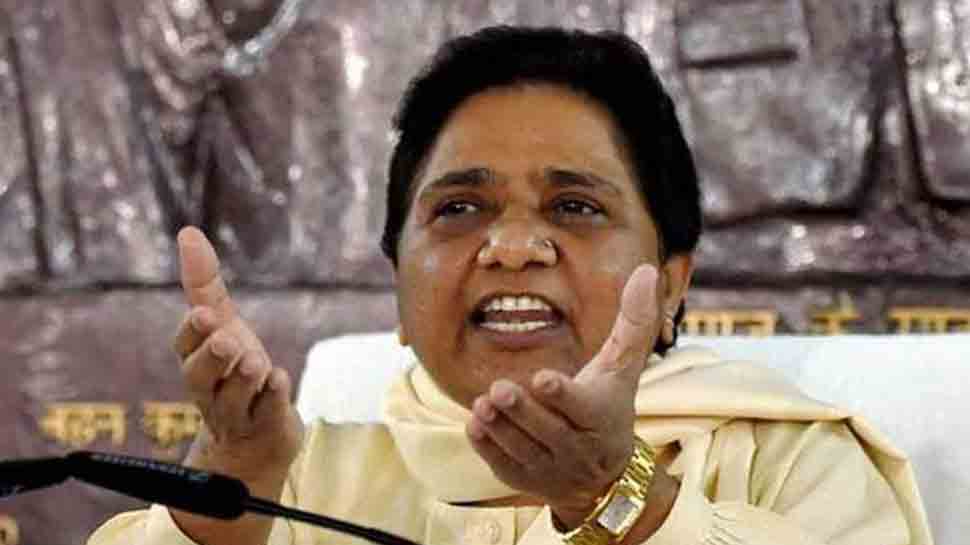 Nagpur: Predicting that the voters of the country will go beyond choosing between Congress and the Bharatiya Janata Party, Mayawati said on Friday at a rally here that both parties have been blind to the plight of farmers, poor and the marginalised.

Citing examples from the past, the Bahujan Samaj Party (BSP) chief accused previous Congress governments of making lofty promises but delivering little. "Congress is paying the price at the center and at state levels for its wrong policies. There have been scandals galore even as the common man has paid the price all these years," she said. "BJP is not much better. If Congress was involved in the Bofors scam, there is the Rafale scam now. Both parties have been silent on implementing Mandal Commission recommendations (reservation for OBCs). They are not interested in uplifting people in the country although they make plenty of promises in the election season."

Mayawati has been extremely critical of both BJP and Congress, and has tied up with Akhilesh Yadav's Samajwadi Party (SP) for Lok Sabha election in Uttar Pradesh. While she chose not to contest the election herself, she has been leading the charge for BSP and its candidates. She has also accused the Narendra Modi government of disregarding democracy while predicting a favourable result in Uttar Pradesh. "The NDA government has misused Enforcement Directorate and the Central Bureau of Investigations. Many people were adversely affected by decisions like demonetisation and GST. It is time that people vent their anger. We are going to win an astonishing number of seats in UP. We do not believe in giving charity to the poor but in providing them with jobs. You have to decide what you want," she said.

While Congress had been wooing Mayawati in the run-up to the election, the BSP supremo eventually rejected the hand of friendship. At the time, she had said that while Rahul Gandhi and Sonia are leaders with decent dreams for the country, several other leaders within Congress are making the party lean the wrong way. Her alliance with nemesis Akhilesh may well turn out to be a masterstroke with political analysts saying both have nothing to lose from teaming up. Elsewhere in the county, it may well be a different story for BSP.