There was hide 'n' seek the whole day. 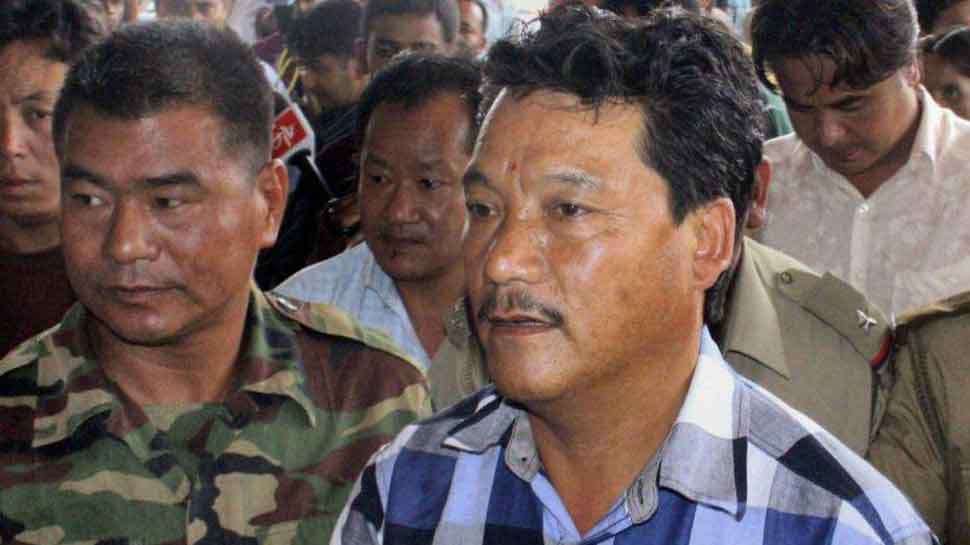 There was hide 'n' seek the whole day.

Bagdogra airport was filled with police officials since Thursday morning as Gurung aides claimed that Gurung will arrive here on Thursday at 1 pm.  But at the end of the day, he did not turn up.

AE 2637 arrived at Bagdogra Airport at around 2.30pm. The passengers' list had the names of Gurung, Roshan and another 7 aides of Gurung.  But only Yogendra Pradhan and Rohan Rai landed and were immediately arrested by West Bengal Police and were taken to the police station.

Sources claim Gurung may have changed the plan at last moment.  Another source claims they might have travelled to a 'friendly' state in the northeast.  When contacted, Roshan did not want to comment.

It all started on Wednesday when spokesperson GJM(Gurung) BP Bajgain released a video message announcing that Gurung will arrive at Bagdogra on Thursday afternoon. He also appealed to all Gorkha people to be there for a 'political message'.

Later, Roshan Giri also confirmed to Zee Media that they will be arriving at Bagdogra following the SC order.

On Wednesday, SC had disposed off their appeal for immunity during Lok Sabha election and directed them to go to High Court within 4 days.

The apex court had also ordered that no coercive action can be taken against Gurung and Roshan till that time.

Gurung, desperate to be back to the hills after more than one and half years, tried to utilize that window period. He is on exile since the 2017 Hill unrest.

Hundreds of cases have been slapped against him including UAPA.  Once the uncrowned king of Darjeeling, he is out of the hills since that time.

In this time, hill politics has changed a lot.

Gurung's deputy, Binay Tamang, has been picked by Chief Minister of West Bengal as GTA chief.

The Gorkha Janmukti Morcha leadership is in Tamang and Aneet Thapas' hand.  They have already extended support to TMC and their MLA Amar Rai

On the other hand, BJP is also desperate to retain the seat.  They have fielded Raju Bisht, a young entrepreneur.

Gurung and GNLF joined hand to support the BJP candidate.

After almost one and half years Jai Bimal slogan returned to the hills recently along with Bisht. Bagdogra was all set to see the return of Gurung.  But it was not meant to be.

BJP is trying to ignite the Gorkha sentiment ahead of polls, keeping Gurung in the forefront.  Gurung is also desperate to return - physically - to the hill politics.  He fears this is his last chance to be relevant once again.  The ruling party is, on the other hand, determined to bar him from entering.

Mamata Banerjee herself has been visiting Darjeeling frequently and emphasizing upon the development here. Who will have the last laugh?  Only time will answer.