BJP gets over 58 per cent vote share in Rajasthan

The saffron party had contested on 24 seats and its ally Rashtriya Loktantrik Party (RLP) on one seat, which it won. 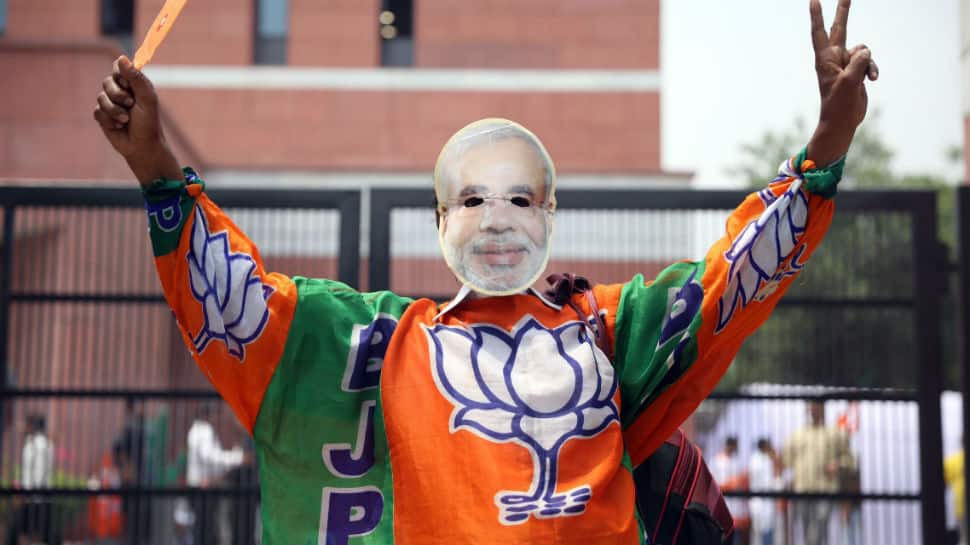 The saffron party had contested on 24 seats and its ally Rashtriya Loktantrik Party (RLP) on one seat, which it won.

The Congress, which could not win a single Lok Sabha constituency in the desert state, also witnessed an increase in vote share from 30.36 per cent in 2014 to 34.2 per cent this time, according to Election Commission data.

The vote share of the BJP and the Congress increased by 3.56 and 3.84 percentage points respectively.

The winning margin on 20 seats increased and on five seats, it decreased as compared to 2014.

The EC data said an increase from 2 to 3 lakh in the vote margin was also registered in Ajmer, Barmer, Banswara, Chittorgarh and Udaipur Lok Sabha seats.

The Ganganagar, Jhalawar-Baran, Rajsamand and Nagaur seats also saw an increase in the winning margins in comparison to that in 2014.

In Nagaur, BJP's alliance partner RLP contested and its candidate Hanuman Beniwal won with a margin of 1,81,260 votes, which is 1.06 lakh more than the winning margin of 2014.

The seats where the winning margin decreased are Bikaner, Jaipur, Jalore, Jodhpur and Tonk.