Madhav exuded confidence that the BJP will win all the three seats in Jammu and Ladakh and hit out at the National Conference-Congress alliance in the state, dubbing its seat-sharing pact as a 'drama.' 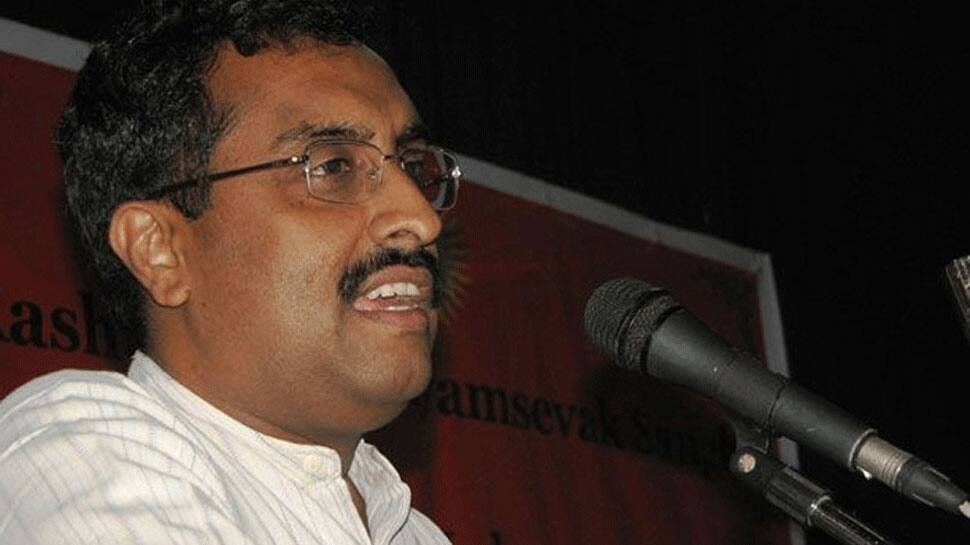 The BJP hopes to perform better in Jammu and Kashmir in the upcoming Lok Sabha polls than it did in the 2014 parliamentary elections, party's national general secretary Ram Madhav said on Tuesday.

He exuded confidence that the BJP will win all the three seats in Jammu and Ladakh.

The BJP is hopeful of getting a result better than what it got in the 2014 Lok Sabha polls in Jammu and Kashmir, Madhav told reporters after a meeting with senior party leaders, including party candidates from the three seats in the valley, during which election preparations were reviewed.

He hit out at the National Conference-Congress alliance in the state and dubbed its seat-sharing pact as a 'drama.'

"This drama that is going on that they are in alliance in Jammu, but fighting in Kashmir. They are trying various types of exercises against Modi and the BJP, let them do it. We will win two seats in Jammu and one in Ladakh and will try our best in Kashmir, so that our candidates go forward," he said.

"We want that all the valley seats should go to those who stand for unity of the country," he said, adding that those politicians who indulge in doublespeak should be kept away.

"People have seen what statements are given here. The whole country knows which party has what agenda. The people of Kashmir know as well and they will understand it," the BJP leader said.

On reports that Pakistan will allow a corridor for Sharda Peeth pilgrimage in Pakistan-occupied Kashmir, Madhav said the Centre would take a decision on that, "But terrorism is the biggest challenge. All other issues will be resolved once the issue of terrorism is tackled."