BJP MP comes under shoe attack: List of past incidents when shoes were hurled at politicians

The attacker was immediately nabbed after which BJP MP GVL Narasimha Rao continued with the press conference. 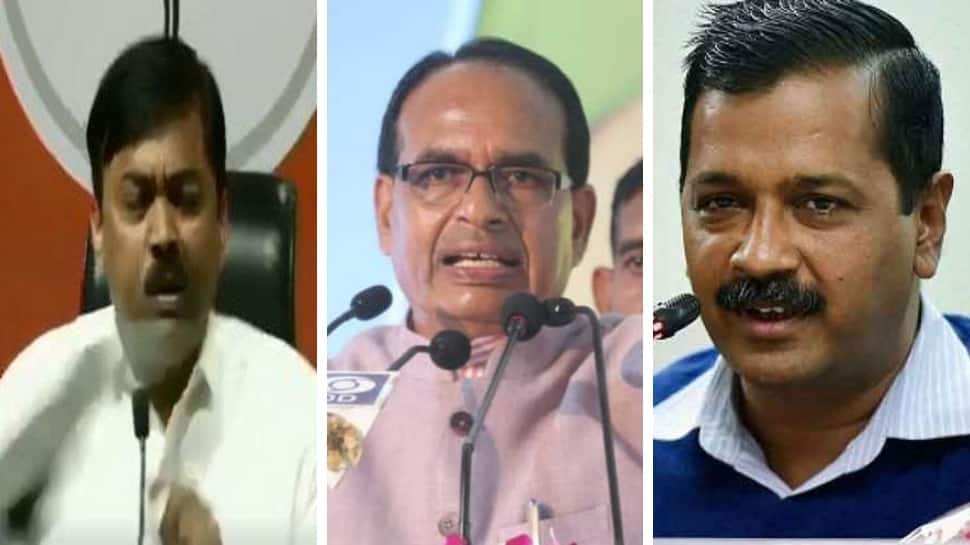 NEW DELHI: A shoe was on Thursday hurled at Bharatiya Janata Party (BJP) MP and spokesperson GVL Narasimha Rao while he was addressing a press conference at the party office in Delhi. The attacker was immediately nabbed after which the Rajya Sabha member continued with the press conference.

Rao lashed out at the Congress blaming the party for the incident. "This is a condemnable act by the Congress. This is yet another attempt by a Congress-inspired person who comes here to show the same kind of mentality," Rao said after the attack.

Thursday's incident has brought back the memories of the past incidents when shoes were hurled at politicians. Here is a recap of some of them:

A shoe was hurled at former Madhya Pradesh chief minister Shivraj Singh Chouhan during a public meeting during campaigning in Sidhi district in September 2018. Chouhan had then blamed the Congress for the attack claiming that there was a plan to assassinate the former CM.

In 2017, a shoe was thrown at the then Punjab chief minister Parkash Singh Badal during an election campaign. The incident took place when he was campaigning for Assembly polls in the state. The man behind the attack was later sentenced to two years in jail.

A person threw a slipper at Bihar Chief Minister Nitish Kumar in October 2018 while he speaking at a conference of the youth wing of Janata Dal United in Patna. The man behind the attack said that he took the extreme measure as he was angry and was protesting against reservation in the state. He was reportedly unable to get a job. He was arrested for the attack.

Delhi Chief Minister Arvind Kejriwal faced a shoe attack in 2017 while addressing a public meeting ‘Tijori Tod Bhanda Fod’ in Rohtak against demonetisation. Kejriwal was addressing rally against the demonetisation move. Kejriwal had then blamed Prime Minister Narendra Modi for the attack claiming that the incident was reflective of the PM's 'cowardice'.

Former Bihar CM Jitan Ram Manjhi also became a victim of a shoe attack in 2015 during his weekly public interaction programme 'Janata Durbar' at his residence in Patna. The youth while throwing the shoe complained that the then state government was dividing the society on caste lines.