Prime Minister Narendra Modi will contest from Varanasi, while BJP President Amit Shah will enter the fray from Gandhinagar.

The Bhartiya Janta Party (BJP) on Thursday released its first list of 184 candidates for Lok Sabha poll, including 28 seats from Uttar Pradesh, 16 from Maharashtra, 8 from Assam, 5 from Chhattisgarh, 5 from Jammu and Kashmir, 22 from Karnataka, 13 from Kerala, 2 from Manipur, 10 from Odisha, 16 from Rajasthan, one from Sikkim, 5 from Tamil Nadu, 10 from Telangana, 2 from Tripura, 5 from Uttarakhand, 28 from West Bengal, two from Andhra Pradesh, one from Lakshadweep, one from Dadra and Nagar Haveli and one from Andaman and Nicobar Islands. 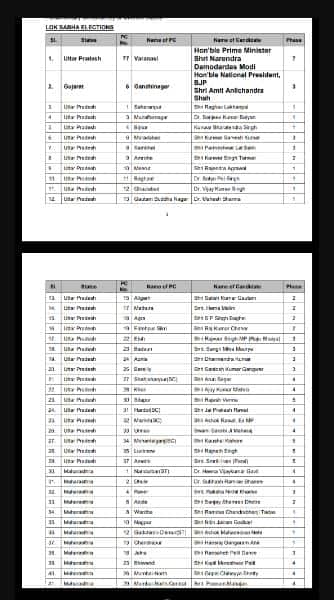 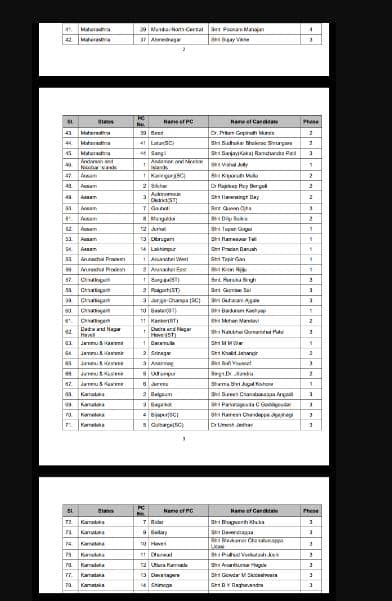 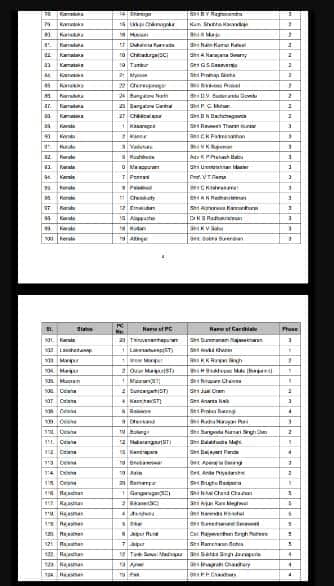 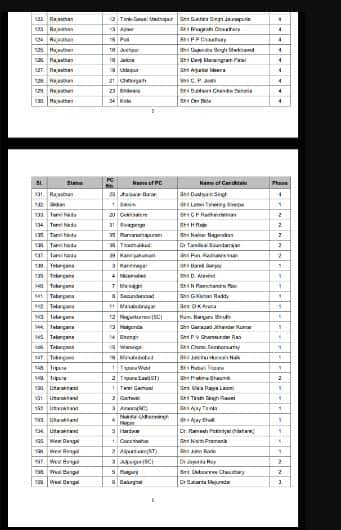 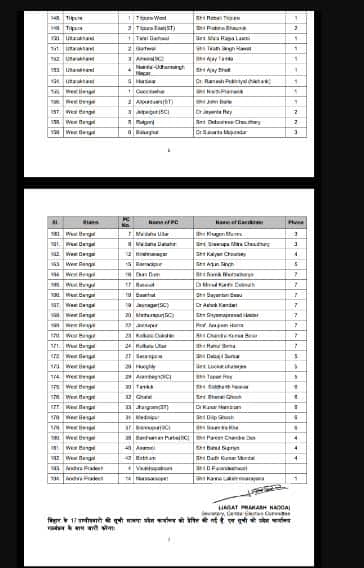 As per the list announced by Union Minister and senior BJP leader J P Nadda, Prime Minister Narendra Modi will contest from Varanasi, while BJP President Amit Shah will enter the fray from Gandhinagar. Home Minister Rajnath Singh will be party's candidate from Lucknow and Nitin Gadkari will contest from Nagpur. In 2014, veteran BJP leader Lal Krishna Advani had contested from Gandhinagar.

VK Singh will once again contest from Ghaziabad, while Hema Malini will be BJP candidate from Mathura. Sakshi Maharaj and Smriti Irani will fight the Lok Sabha poll from Unnao and Amethi respectively.

In West Bengal, Babul Supriyo will once again contest from Asansol.

In Jammu and Kashmir, Jugal Kishore will contest from Jammu, Dr Jitendra Singh from Udhampur and Sofi Yousuf from Anantnag. Khalid Jehangir will be BJP candidate from Srinagar.

In Maharashtra, Subhash Bhamre will be BJP candidate from Dhule, Hansraj Ahir from Chandrapur and Poonam Mahajan from Mumbai North Central.

J P Nadda also informed that the CEC has finalised the names of candidates for all 17 seats in Bihar and the list has been sent to State Election Committee.

Kummanam Rajasekharan will fight on BJP ticket from Thiruvananthapuram.