The senior BJP leader said that the BJP will stitch together a "strong alliance" in Lok Sabha before the upcoming Lok Sabha poll. 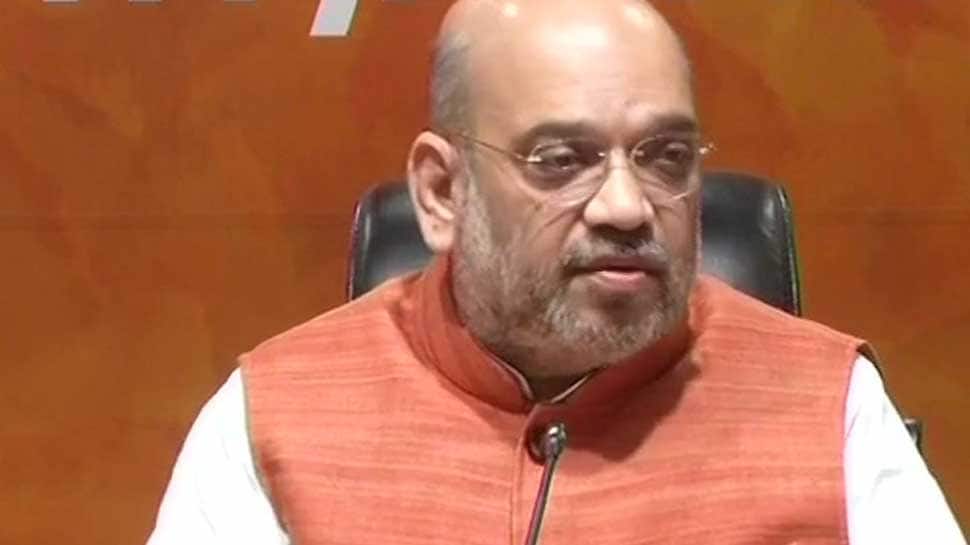 ERODE: In a direct attack of Opposition's alliance, BJP President Amit Shah on Thursday said that the so-called 'gathbandhan' lacks leaders, policies and philosophy, while the BJP-led NDA is 'strong' enough to lead the nation again.

The senior BJP leader said that the BJP will stitch together a "strong alliance" in Lok Sabha before the upcoming Lok Sabha poll.

Shah made it clear that the BJP's alliance will contest from all 39 Lok Sabha seats. "I want to assure the people of Tamil Nadu that the BJP is going to contest the elections in a strong alliance with an ally," he said while addressing a meeting in Erode.

The BJP leader also took a dig at the proposed DMK-Congress alliance, saying the two parties are coming together only for their own benefits and are not going to do anything good for the people of Tamil Nadu.

"There are two groupings---in one, under (Congress chief) Rahul Gandhi and other leaders, a gathbandhan (alliance) is trying to take shape where there is no leader. The other under Prime Minister Narendra Modi, was the NDA which is a strong alliance ready to lead the nation, (after polls)," the BJP chief was quoted by PTI as saying.

Shah also took a potshot at DMK President M K Stalin, saying the DMK boss sometimes accepts Congress President Rahul Gandhi as leader and sometimes he refrain from doing so when there is some opposition to it. "I don't know what his priorities are," Shah quipped.

"When the UPA (was in power), in which DMK was a key partner, where the 2G scam happened, that government allotted only Rs 94,000 crore during the 13th Finance Commission to Tamil Nadu," Shah said.