BJP will get votes of neither 'Ali' nor 'Bajrang Bali' in Uttar Pradesh: BSP chief Mayawati at Badaun rally

Speaking at a joint rally of the BSP-SP-RLD alliance in Uttar Pradesh's Badaun, Mayawati said the BJP would neither get the votes of Ali nor Bajrang Bali in the Lok Sabha election. 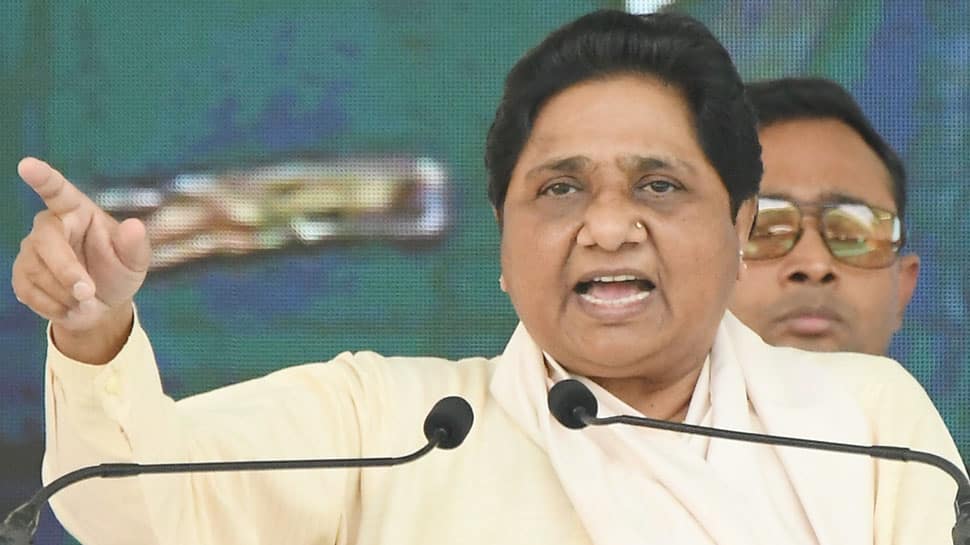 Speaking at a joint rally of the BSP-SP-RLD alliance in Uttar Pradesh's Badaun, Mayawati said the BJP would neither get the votes of Ali nor Bajrang Bali in the Lok Sabha election.

"In the Lok Sabha election in Uttar Pradesh, UP CM's party will neither get the votes of Ali nor Bajranj Bali, who is associated with my caste. It is not me who has invented the caste of Bajrang Bali, but CM Adityanath who has said that Bajrang Bali was a 'vanvasi' and a Dalit," the BSP chief said.

"I am very thankful to Yogi-ji that he has given us important information about our ancestors and so it is a very happy moment to note that we have both Ali and Bajrang Bali. And their coming together will give us very good results in these elections," she said, adding that the people of "Bajrang Bali's caste" had already shunned the BJP and the Congress.

The BSP president, who was addressing the second joint rally of the alliance said before speaking about the the Lok Sabha election, she wanted to draw the attention of the people towards a recent statement by CM Adityanath in which he had said that if Ali was with the BSP-SP-RLD combine, Bajrang Bali was with the BJP.

"In this connection, I want to tell him (Adityanath) that both Ali and Bajrang Bali are ours... Both are ours and so we want both Ali as well as Bajrang Bali," she said.

"In these elections, the Namo Namo people are going out of power and the Jai Bhim ones are coming which is also the need of the country," Mayawati said.