Fifty one constituencies, across seven states, will go to polls on May 6. 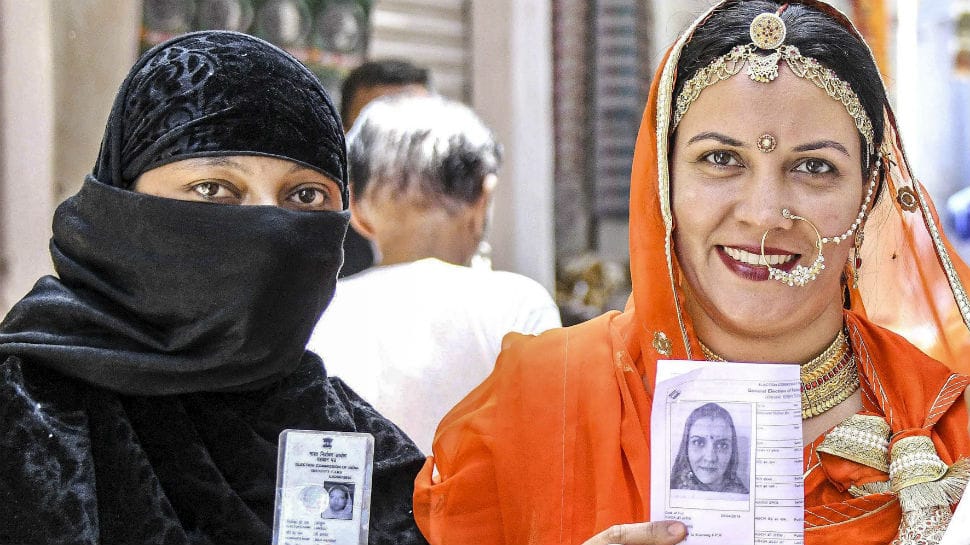 New Delhi: Campaigning for the fifth phase of Lok Sabha election ended on Saturday evening. Fifty one constituencies, across seven states, will go to polls on May 6, Monday.

Voting will take place in 14 constituencies in Uttar Pradesh, 12 in Rajasthan, 7 each in Madhya Pradesh and West Bengal, five in Bihar and four in Jharkhand. In Jammu and Kashmir, polling will also take place in three districts of Anantnag constituency in Ladakh and Pulwama and Shopian.

Uttar Pradesh will see a clash of titans including Union Ministers Rajnath Singh, Smriti Irani, UPA chairperson Sonia Gandhi and Congress president Rahul Gandhi. This time, Shatrughan Sinha's wife Poonam Sinha has also signed up to fight the election and has been fielded by the Samajwadi Party (SP) in Lucknow against Rajnath.

In West Bengal, the campaigning during the last couple of days was marred due to Cyclone Fani, which caused large scale destruction in neighbouring Odisha. Most political leaders, including Chief Minister Mamata Banerjee, cancelled their election meetings, rallies in view of the cyclone.

On Saturday, the last day of campaigning, Bharatiya Janata Party (BJP) candidate of Bongaon seat, Shantanu Thakur, was injured in a road accident.

In the fifth phase in Bihar, BJP MPs Ajay Nishad and Rajiv Pratap Rudy are seeking re-election from their respective seats of Muzaffarpur and Saran, respectively. Nisha faces Raj Bhushan Chaudhary, fielded by the Mukesh Sahni-led VIP, which is seeking to assume leadership of the Nishads while Rudy faces Chandrika Rai of RJD, father-in-law of Lalu Prasad's elder son Tej Pratap Yadav.

Over 8.75 crore voters will decide the fate of 674 candidates contesting in the fifth phase of election. Over 96,000 polling booths have been made for smooth conduct of polls.