"Elections are all about arithmetic but there is chemistry that goes beyond arithmetic. This time chemistry has defeated arithmetic," PM Modi said. 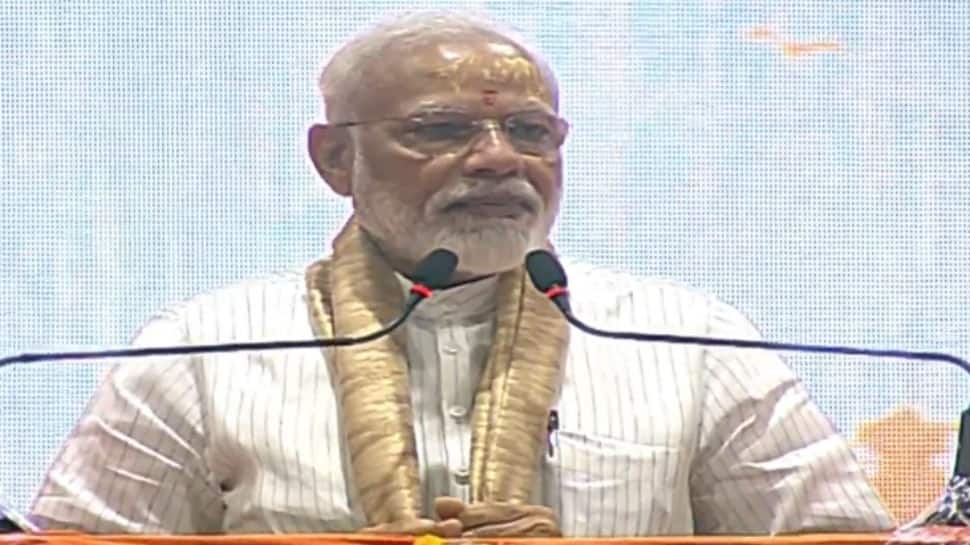 Varanasi: Prime Minister Narendra Modi on his visit to Kashi on Monday took a dig at the performance of SP-BSP-RLD alliance in Uttar Pradesh in the 2019 Lok Sabha election and said that this time chemistry has defeated arithmetic.

This was PM Modi's first visit to Kashi, his parliamentary constituency, after the thumping victory in election.

After landing here, he first offered prayers the Kashi Vishwanath temple and then addressed BJP workers at a thanksgiving function, where he said, "Elections are all about arithmetic but there is chemistry that goes beyond arithmetic. This time chemistry has defeated arithmetic."

"We believe in spreading the message of peace and harmony. Other political parties can have their doubts and may cast aspersions but I would like to take everyone together for India's progress," he added.

"Uttar Pradesh has elected us in 2014, 2017 and in 2019 and deserves to be lauded for this hat trick which is not a small feat," PM Modi said in Kashi while thanking BJP president Amit Shah and Uttar Pradesh Chief Minister Yogi Adityanath for their contribution in ensuring the BJP's success in elections.

"Some people say that politics is all about perception but we do not create perceptions. For us, transparency and hard work scores above everything else," PM Modi said.

"I thank the workers for not making the election a war and the rival candidates for maintaining the dignity of Kashi. Elections were a festival of democracy that was celebrated by all," he said.