The two leaders flew from Gaya to address a joint election meeting at Belaganj but rain coupled with strong winds started around 3:25 pm, sources said. 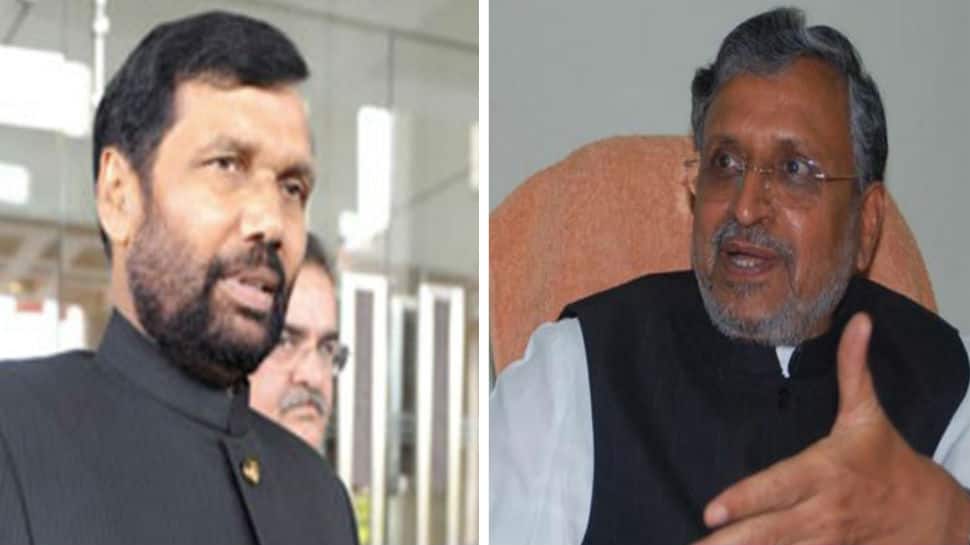 Both Paswan and Modi, a senior BJP leader, are safe.

The two leaders flew from here to address a joint election meeting at Belaganj but rain coupled with strong winds started around 3:25 pm, the sources said.

The pilot then decided to make an emergency landing at Bataspur village under Bodhgaya police station limits, the sources said adding that the helicopter took off again at 4:10 pm for its onward journey.

Both Paswan and Sushil Modi went to Belaganj, which falls under Gaya Lok Sabha constituency, on the last day of electioneering.

The campaigning came to an end on Tuesday evening for four Lok Sabha constituencies Gaya, Jamui, Nawada and Aurangabad which would go to polls in the first phase of elections on April 11.