Lok Sabha election results 2019 showcased a massive mandate for the Bharatiya Janata Party as Narendra Modi gets set to become the only non-Congress PM to get two successive terms in office. 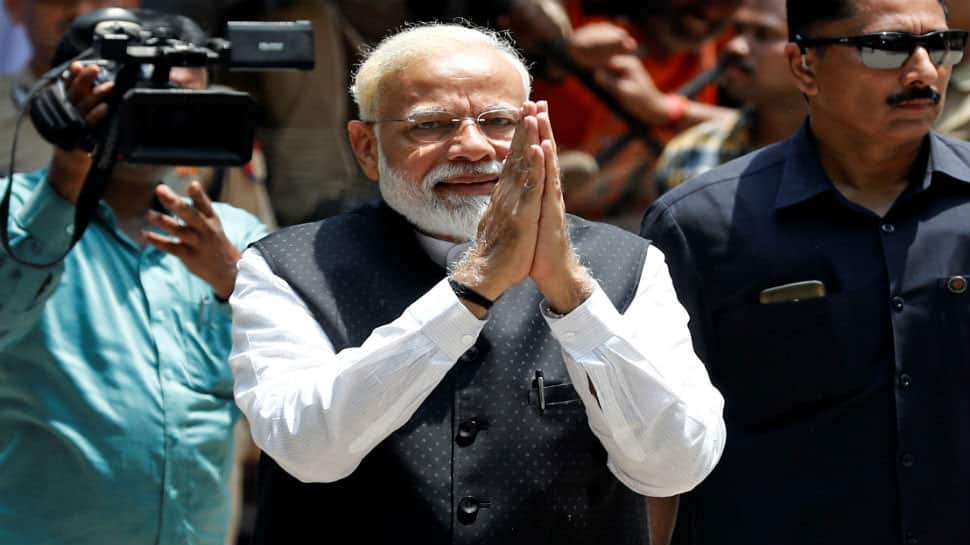 New Delhi: The Bharatiya Janata Party had kept claiming it. The exit polls predicted it. On Thursday, Narendra Modi proved it. The Bharatiya Janata Party-led National Democratic alliance cruised to an astoundingly dominant win to hand Modi a second term in office – the only non-Congress PM to achieve the feat of getting two successive Lok Sabha election wins. Lok Sabha election results 2019 was a near-complete saffron sweep as BJP breached the 300-seat barrier on its own, aided massively by dominant performances in states like Uttar Pradesh, Rajasthan, Haryana, Madhya Pradesh, Bihar, Himachal Pradesh, Uttarakhand, Maharashtra, Jharkhand, Chhattisgarh, Delhi and Karnataka.

Even in West Bengal, the party bettered its own record from five years ago. That the exemplary performances were both under the NDA banner as well as in states where BJP went solo made the feat even more spectacular. 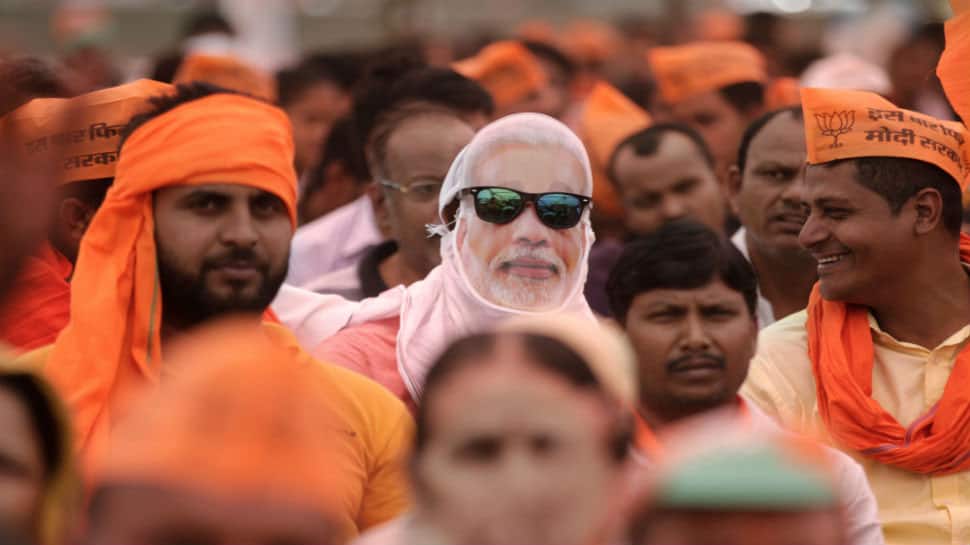 The Hindi heartland was at the core of BJP’s push yet again with the hill states along with Rajasthan, Haryana, Madhya Pradesh, Bihar, Jharkhand and Uttarakhand largely voting in favour of the party. If there was even an iota of doubt that recent reverses in assembly elections in Rajasthan, Madhya Pradesh and Chhattisgarh would work against the BJP, all of it was blown to absolute smithereens as the traditional base of the party overwhelmingly stamped their approval for it.

In UP, the triumph was even more satisfying for the BJP because it brought down the Magathbandhan between SP-BSP-RLD which was often referred to as an ‘unholy alliance’ by its party leaders. The Congress, here, much like almost everywhere in the country, was not only restricted to the sidelines but shown the door. Such was the force of the saffron impact that even Amethi, a Gandhi bastion for decades, fell to BJP with Smriti Irani bringing down Congress president Rahul Gandhi in what was revenge for her loss five years ago. While BJP managed to extend its successes in states like Bihar and Maharashtra where it has alliances with JDU and Shiv Sena, its outright prowess in Karnataka also paved the way for a grand entry into south India. 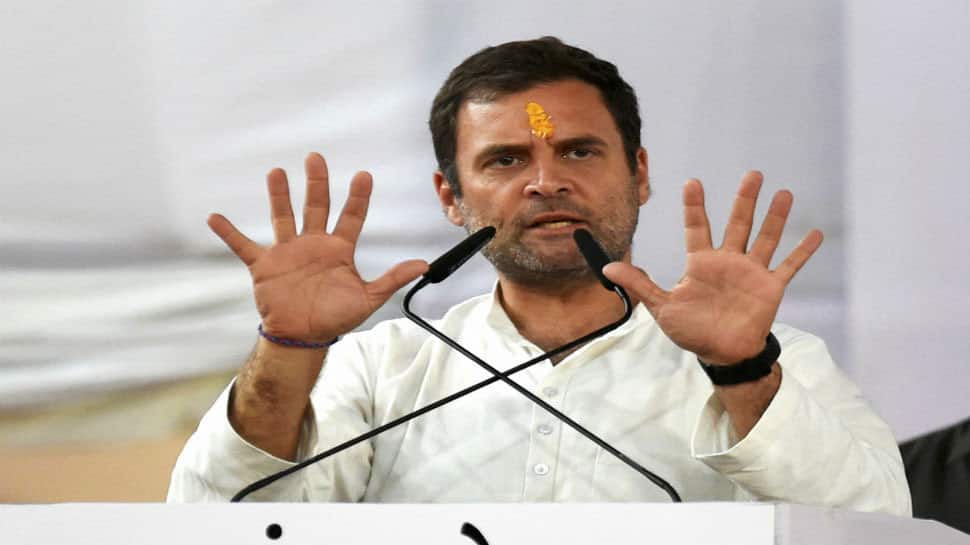 "I take 100 per cent responsibility for our defeat but I don't want to comment on the reasons for it right now. I want to only congratulate PM Modi," Rahul Gandhi said at a press conference by Thursday evening.

The writing was in bold and on the wall by then as sources said Rahul even offered to resign as Congress president.

There was just no respite from a string of defeats for the Congress except in Punjab and Kerala where its performance was somewhat respectable. In Punjab, in particular, the wins could be attributed more to Captain Amarinder Singh’s leadership than Congress’ prowess although the Punjab CM said at a press conference that it won’t be correct to blame Rahul for Lok Sabha election results 2019. Rahul, however, had been the campaign face of the party this time as well and had opted to contest Lok Sabha election 2019 from two constituencies. While he managed to win from Wayanad seat in Kerala, his humiliating defeat in Amethi will raise many eyebrows. That even sister Priyanka Gandhi Vadra’s formal entry into politics as Congress general secretary for East UP failed to galvanise voters in the party’s favour. A number of party heavyweights, including Raj Babbar (Fatehpur Sikri), Jitin Prasad (Narora) and RPN Singh (Kushinagar), surrendered.

The scenes of carnage were similar in most other states. Delhi declined, Maharashtra rejected, Bihar snubbed, Gujarat spurned and Karnataka blunted Congress in what was absolute humiliation for the country’s oldest political party. In most of the states, Congress was relegated to a distant third spot. Kerala, therefore, was a very small consolation despite Rahul claiming Wayanad by over eight lakh votes -  a record, and his party managing to remain in double digits. In Tamil Nadu, there was some saving grace courtesy DMK – an alliance partner under UPA – faring well. 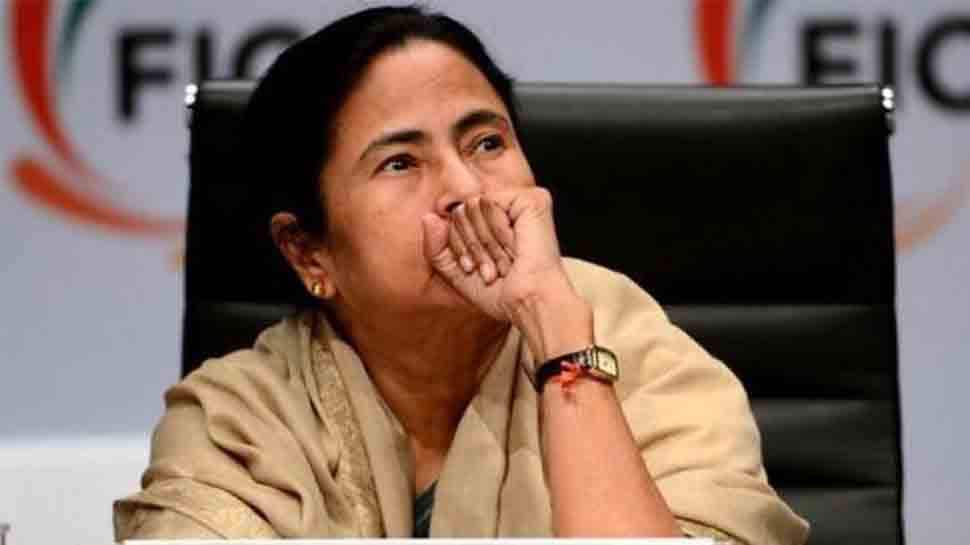 Many regional parties had opted to stay out of the UPA fold even as they attempted at mounting a challenge to the BJP. And despite rampant speculations, there was no challenge at all. The SP-BSP alliance failed to create magic in UP, Chandrababu Naidu’s Telugu Desam Party was hit by the double whammy of defeats in both Lok Sabha election as well as assembly election in Andhra Pradesh and Mamata Banerjee’s TMC fought a neck-and-neck battle against BJP, a party that had not even opened its account in West Bengal before the two seats it won in 2014. After weeks of poll-related violence in West Bengal and deplorable campaigning strategies, TMC failed to prevent BJP’s meteoric rise here – one that took the party well beyond double digits. The Left here, as almost everywhere else, was shot into oblivion.

The road ahead in the Indian political landscape will split into two paths – one of jubilation and one marred by humiliation. While sources say BJP-led NDA could have a swearing-in ceremony as early as early next week, questions rankled throughout Thursday on the political future of Rahul and the party he has inherited. Inability to become the Leader of Opposition once is embarrassing. Twice? It’s ignominy that no amount of allegations against EVMs and EC can seek to cover.