Controversy over veteran's letter to President on 'politicisation of military', some deny writing it

A letter, purportedly signed by 150 veterans, addressing the 'politicisation of the military' went viral on social media. 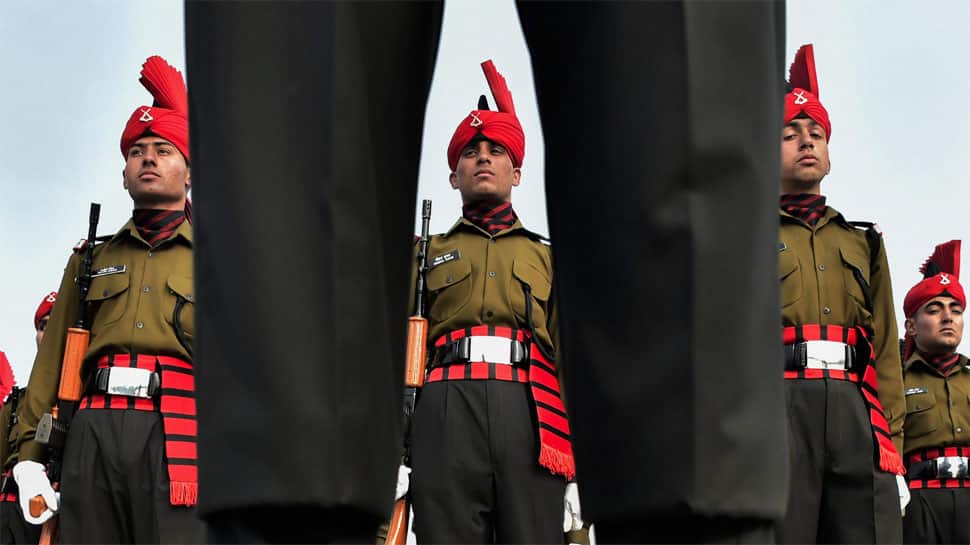 Various sections of the media on Thursday reported that more than 150 veterans, including former service chiefs, have written to the President of India against the “politicisation” of the armed forces in the ongoing Lok Sabha elections.

Former General Sunith Francis Rodrigues, who is mentioned as the first signatory in the purported letter, denies signing it.

Calling the letter a product of fake news, he says, “Don’t know what it (purported letter) is all about. All my life, we've been apolitical. After, 42 years as officer, it's a little late to change. Always put India first. Don’t know who these people are, classic manifestation of fake news.”

“This is not Admiral Ramdas’ letter and it has been done by some Major Chaudhary. He has written this and it was coming on WhatsApp and emails. To put an end to it, I wrote that armed forces are apolitical and support the politically elected govt. And no, my consent has not been taken for any such letter. I don’t agree with whatever has been written in that letter. We have been misquoted,” he said.

Reacting to the letter, Major General Harsha Kakkar asserted that the letter includes his name, adding that it has been endorsed and supported by him.

"This letter has my support too. It also has my name, endorsed by me. Every political party is asking for votes using armed forces, by taking their names - be it Yogi, Urmila, Kejriwal, Kumaraswamy or Farooq Abdullah. Their comments are only for votes. The armed forces are apolitical, it doesn't belong to a govt or an individual, it belongs to the country," said Major General Kakkar. 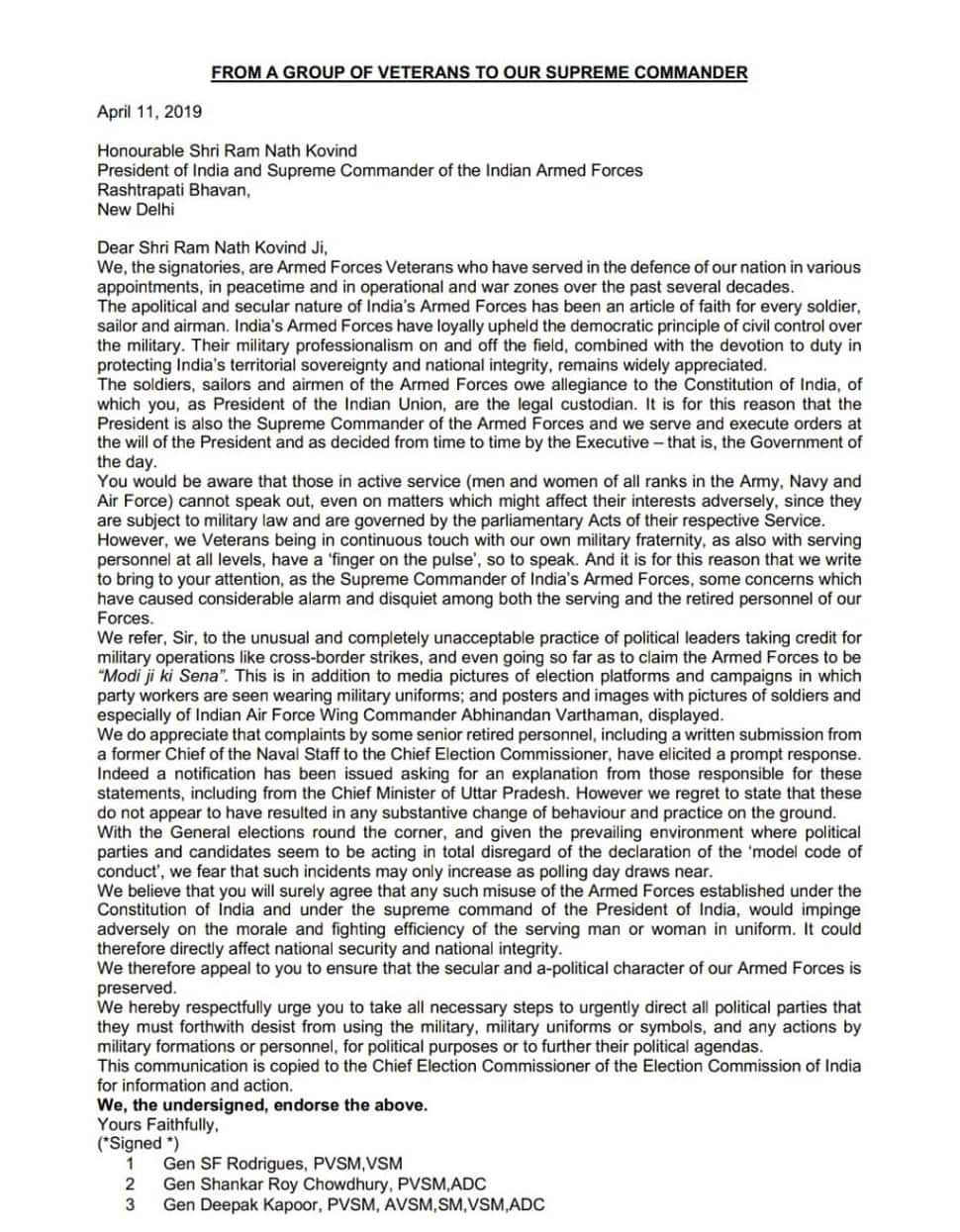 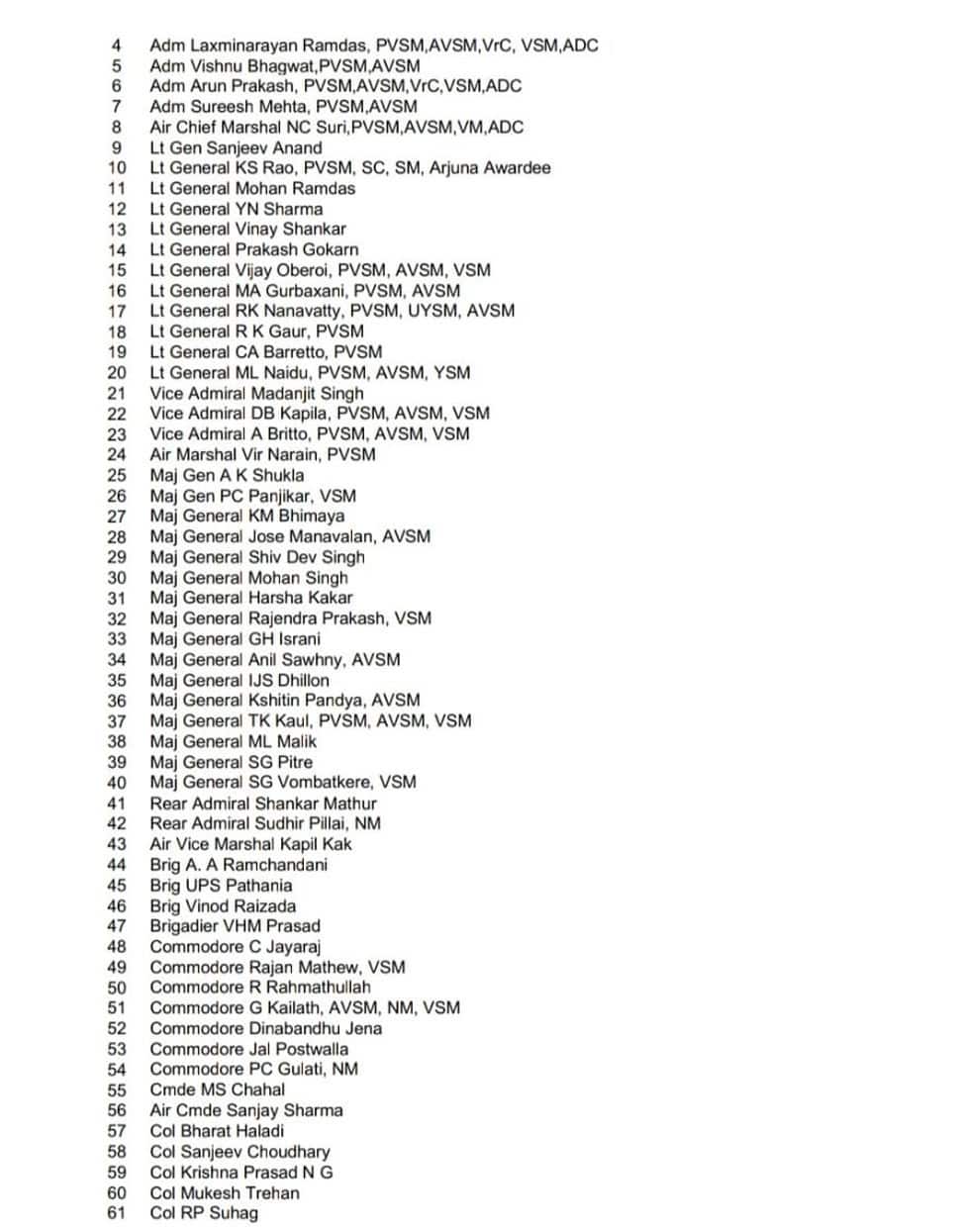 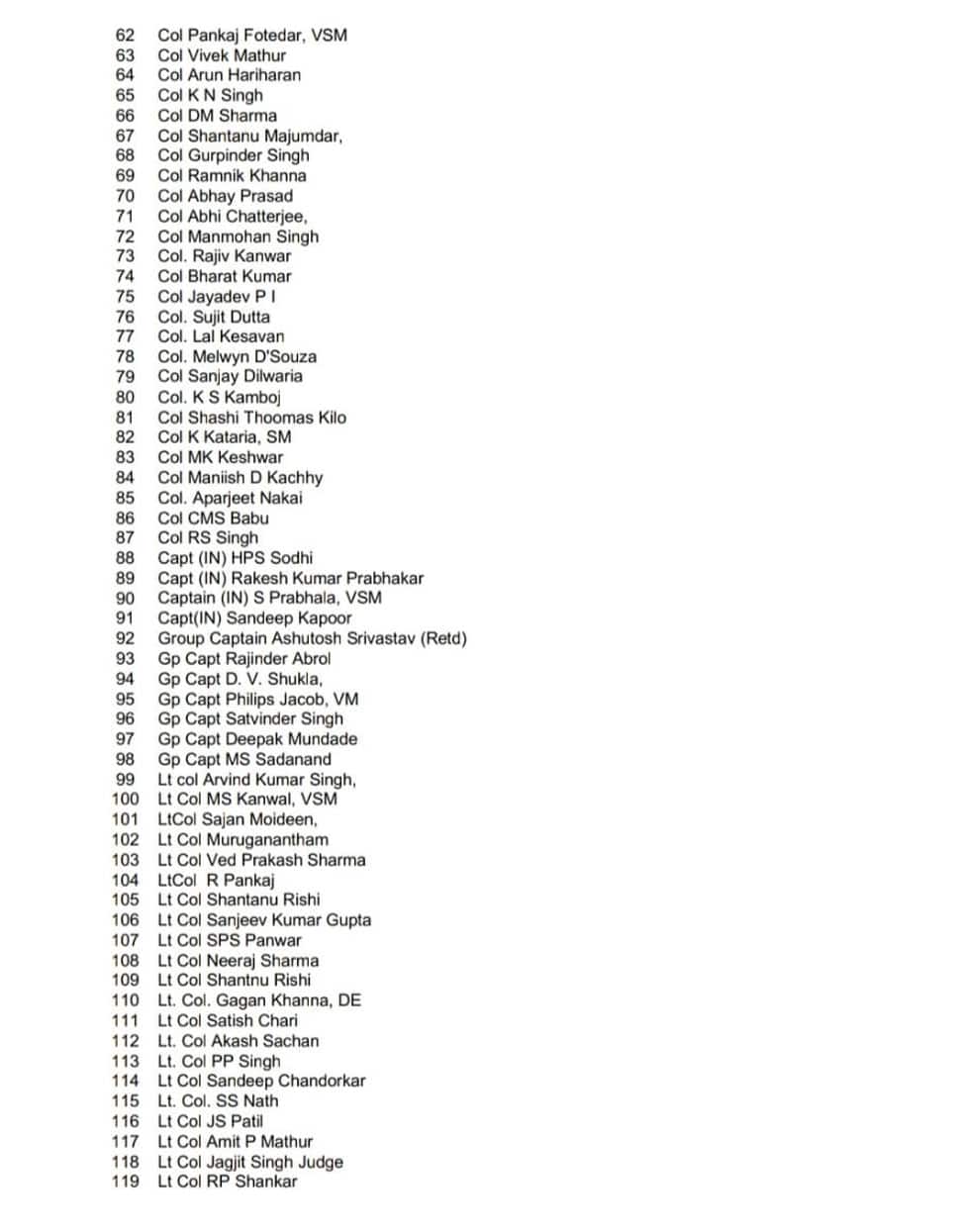 “...we write to bring to your attention, as the Supreme Commander of India's Armed Forces, some concerns which have caused considerable alarm and disquiet among both the serving and the refired personnel of our Forces. We refer, Sir, to the unusual and completely unacceptable practice of political leaders taking credit for military operations like cross-border strikes, and even going so far as to claim the Armed Forces to be 'Modi ji ki Sena'," states the purported letter.

"This is in addition to media pictures of election platforms and campaigns in which party workers are seen wearing military uniforms; and posters and images with pictures of soldiers and especially of Indian Air Force Wing Commander Abhinandan Varthaman, displayed. We do appreciate that complaints by some senior retired personnel, including a written submission from a former Chief of the Naval Staff to the Chief Election Commissioner, have elicited a prompt response," it added.