DM Awasthi, Special DG (Anti-Naxal Operations) has said that BJP MLA Bheema Mandavi was told adequate security presence was not present on the route he was to take. 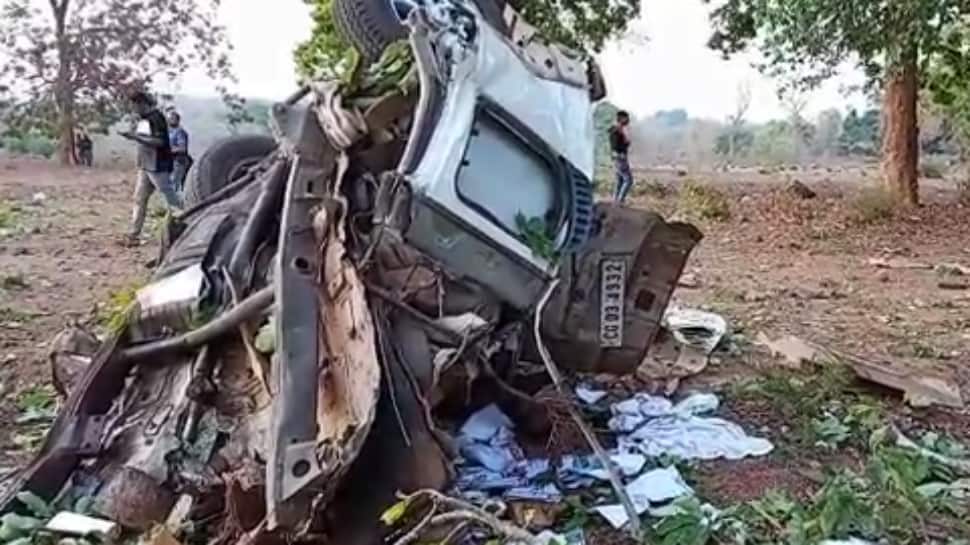 BJP MLA Bheema Mandavi and four others lost their lives on Tuesday in a dastardly attack carried out by Naxals in Dantewada. While the incident is extremely tragic, a top security official has said that Mandavi had been advised against using the route his convoy eventually took.

Dantewada has a clear and present danger from Naxals and has seen attacks in the past as well. According to DM Awasthi, Special DG (Anti-Naxal Operations), Mandavi had been told the security presence near Kuakonda was not adequate. "BJP MLA Bheema Mandavi, his driver and three PSOs have lost their lives. The MLA was in a bullet-proof vehicle and was going to Kualkonda when he refused security. He was informed that adequate security was not present on the route near Kuakonda and that he should not go there," he said.

Awasthi also said that security forces have been put on alert and that anti-Naxal operations are underway. "More than 17 Naxals have been killed in this month alone. This incident (Tuesday's attack) could have been prevented."

Speaking to the SP of Dantewada - Abhishek Pallav, news agency ANI reported that Mandavi had reportedly been told not to visit the area where the attack eventually took place. "BJP MLA Bheema Mandavi was advised by police not to visit the area. After the attack, firing from both sides continued for half an hour. There were 5 more security personnel in a car following the BJP MLA's car, we are locating them," he said.

Abhishek Pallav, SP Dantewada on naxal attack: BJP MLA Bheema Mandavi was advised by police not to visit the area. After the attack, firing from both sides continued for half an hour. There were 5 more security personnel in a car following the BJP MLA's car, we are locating them. pic.twitter.com/rVyfC0e0yb

Naxals used an improvised electronic devise which was planted in the road on which Mandavi's convoy was to pass. After the blast, it is reported that the Naxals opened fire.

CRPF rushed in reinforcement and the injured were evacuated to medical facilities. Mandavi and four others, however, died in the attack.

While PM Narendra Modi and Congress president Rahul Gandhi have both condemned the attack, a political blamegame is likely to erupt in the runup to Lok Sabha election. The attack took place with less than 36 hours remaining for the first phase of voting and former state CM Raman Singh pointed the finger at the Congress government in Chhattisgarh. ".Congress ki boli aur goli ka asar dikhne laga hai (The effects of Congress' words and of bullets are being seen). I am in contact with central ministers; spoke to PM an hour ago. I'll go to Dantewada and meet families of deceased," he said.

In state capital of Raipur, a BJP leader - Brijmohan Agarwal - reached the office of state Election Commission and questioned why Mandavi was not prevented from taking the ill-fated route. He also demanded that the task of security arrangements be given to him if the administration cannot ensure safety.

Meanwhile, state CM Bhupesh Baghel cancelled his work-related programs for the day and reached his residence for a top-level security meeting.

Election Commission has said that election will go on as per schedule. Dantewada votes in the second phase - on April 18.